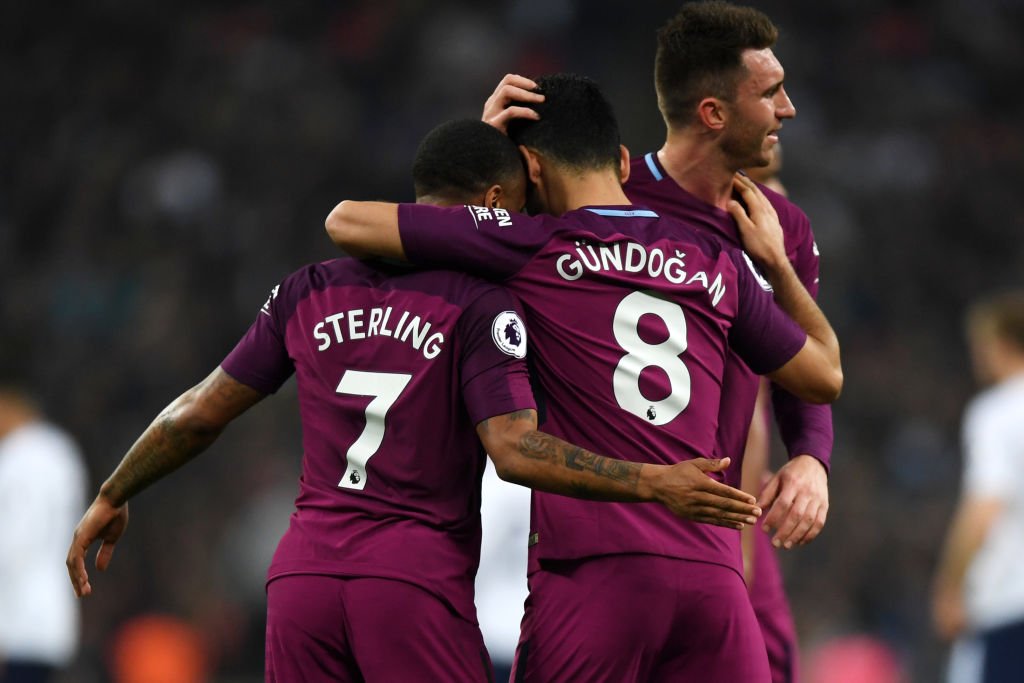 Fernandinho serves his first two-match suspension for collecting 10 yellow cards this season. Danilo, Sergio Aguero and John Stones are all sidelined due to injury. Benjamin Mendy closes in on return.

The perfect start for Manchester City. They are starting to dominate possession, and are pushing their rivals back towards their own penalty box. Man City take a breakthrough with Gabriel Jesus cool finish. Kompany floats a superb through-ball over the Spurs defence into Gabriel Jesus’ path and he drills beyond Lloris. 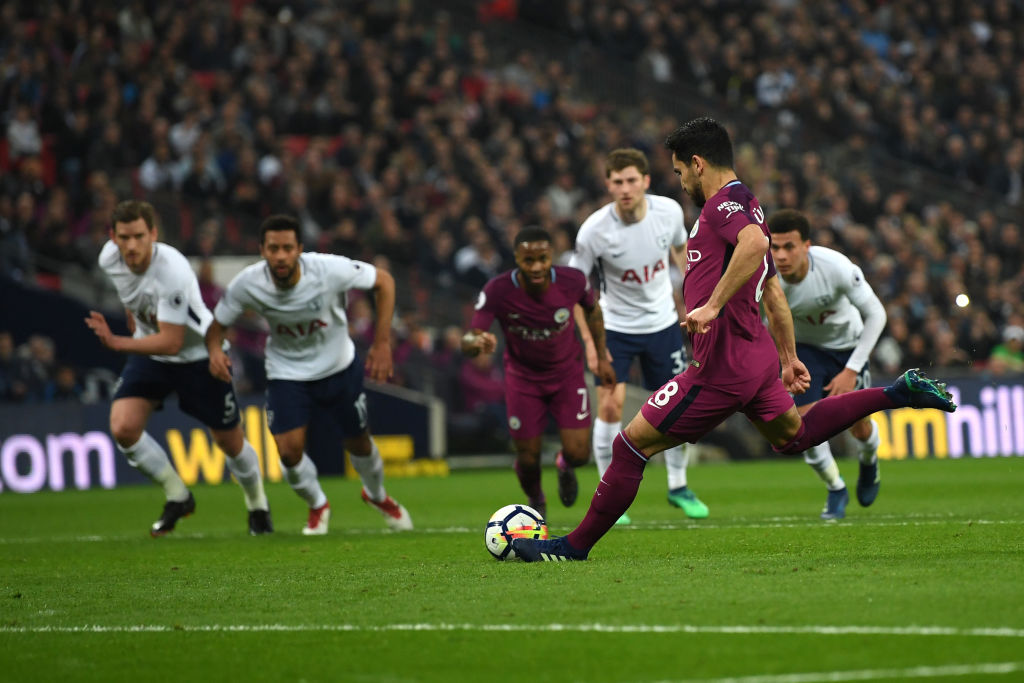 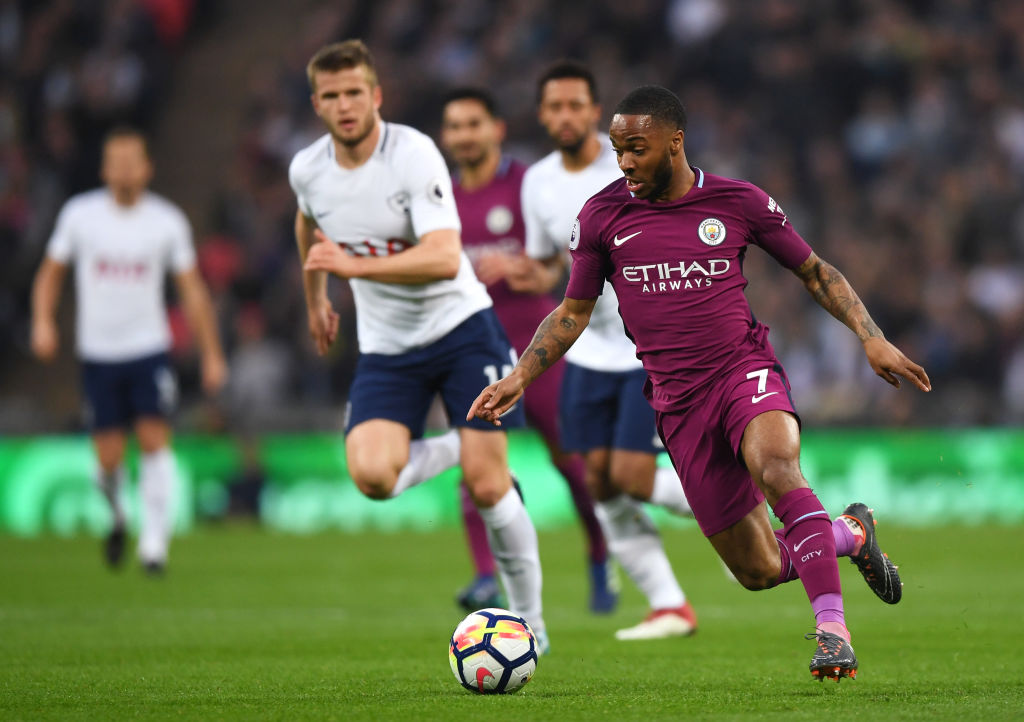 Despite of City leading in the game, the tempo for Tottenham didn’t change From the free kick that De Bruyne gave away, the host managed to get the ball back into the penalty box where Eriksen scores as his shot bounces off Laporte and rolls into the bottom corner.

Tottenham get back into the second half as they are the better team on the ball pressuring City’s defence. They looks to bite back to City, the visitors find a way to damage hopes. City’s right-back delivers and Lloris intercepts but puts it into Sterling’s path. The winger controls and rounds the goalkeeper but but sees his effort deflect off Trippier and go wide. 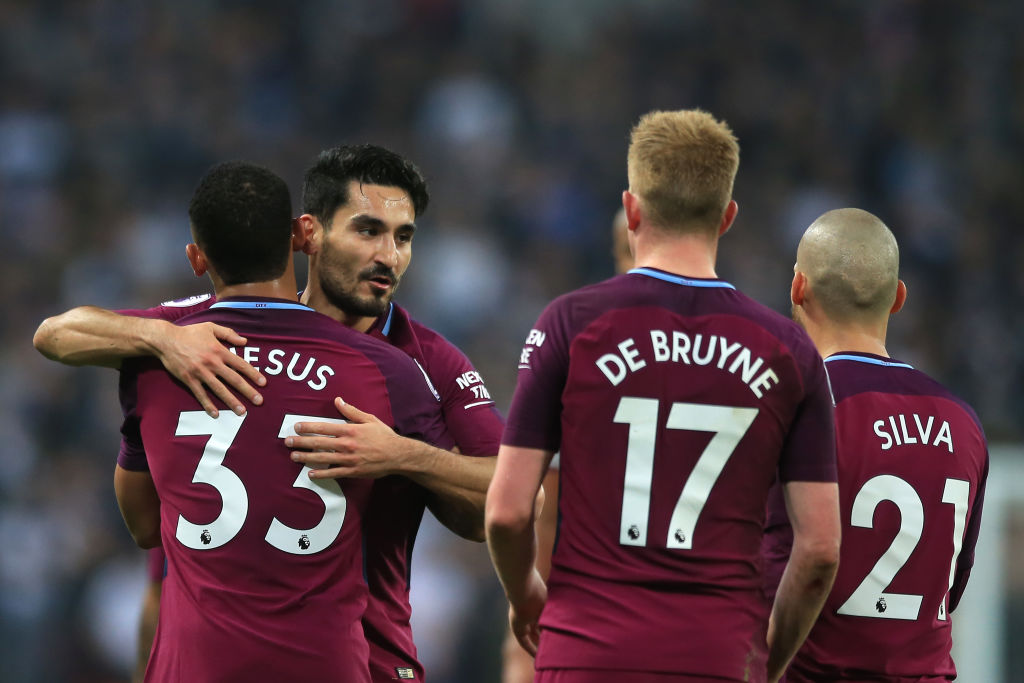 From resulting corner, Jesus send a low shot that is saved but Sterling is on hand to smash home from close range.

Chances fell to either sides but it was looking that City are prime dominators for everything – Blocks, well-timed tackles, clearances and perfectly-placed covering players.

The trophy could be clinched tomorrow if West Brom pulled off a shock victory at Old Trafford.

If not, next week’s visit of Swansea could be the day we’ve all been waiting for… 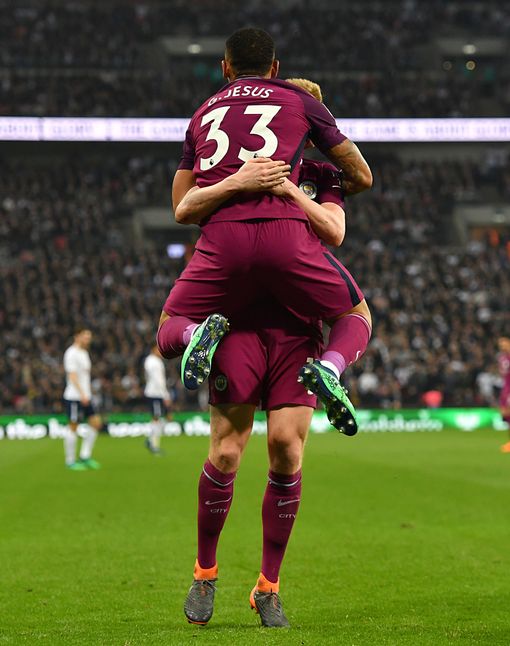 Kevin De Bruyne: “We spoke before the game about the United and Liverpool games at home and how they were good performances.

“I think we deserved to win those games but it didn’t happen – it’s football and the teams we’ve played have been strong.

“Today, we scored some goals and defended better. We deserved to win.”

“Everybody has felt it has been a tough two weeks. We’ve had five big games and you feel it.

“The mental toughness of this team is unbelievable.”

On the Premier League title: We know we are not there yet. We’ve won one out of the remaining five and we just have to do our thing.”

Pep Guardiola: “After what happened this week, to come here and play Tottenham in London – one of the best teams – and play the way we did, I am very happy.

“After that 15 minutes, I said: we will be Champions. These guys are fantastic, awesome. They are incredible.

“The last week was unfair but now we have the chance against Swansea to try and be Champions.”

“It’s incredible – the way we played. I am so glad to be here and be part of this Club.”

On mental toughness: “It happened again – 2-0 and they scored with the first chance they had.

“Their full-backs were wide and high with Dele Alli, Harry Kane and Christian Eriksen inside. We could not control but then we were much better.

“We have to learn. In the future it will happen but the performance was so good.”

On Raheem Sterling: “The moment he increases his goals, he will be one of the best players in the world because he has everything and he is a fighter. He has to improve but he is young and he is able to do it.”

On United v West Brom: “I have a golf game. I have three days off and tomorrow, I have golf with my son and friends.

“I will be happy but I think United will win. It will depend on us. The important thing is to have the chance to win at home.

“I am delighted to have the chance to win in front of our people.”