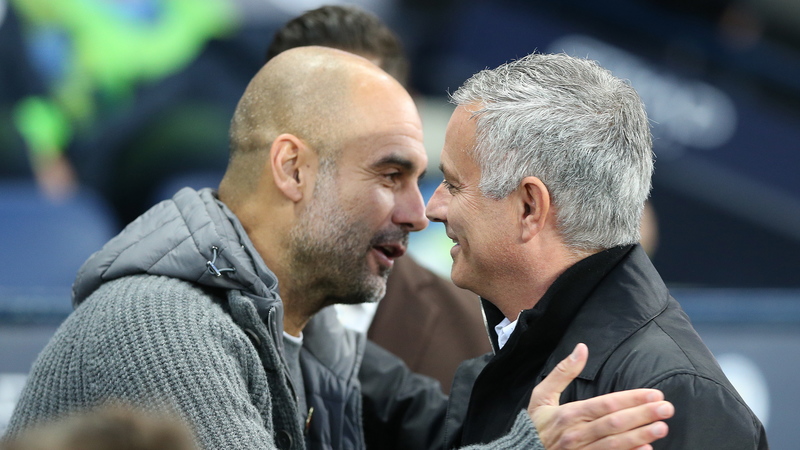 Manchester City head down to London to take on Jose Mourinho’s men in a significant battle for both sides on Saturday. A win tomorrow for Jose Mourinho’s would take Tottenham to the top of the league depending on whether other results go in their favor.

Jose Mourinho will face off against his old rival in Pep Guardiola in a tactical battle and it will be interesting to see whose team comes out on top.

Here are some key head to head battles that could decide the fate of the match on Saturday:

Heung-Min Son has flourished under the management of Jose Mourinho, against the tide of comments from pundits who feared Son would be unable to adapt to Mourinho’s system.

The South Korean international was named the Premier League Player of the Month for October, as he scored four goals and bagged two assists in three league games for Tottenham.

The partnership of Harry Kane and Son up front has been in excellent form and freely scoring goals this season, taking Tottenham to 2nd in the league table.

Ferran Torres was the star of the show in Spain’s 6-0 rout over Germany in the UEFA Nations League fixture earlier this week. The 20-year-old picked up a hat-trick against Joachim Low’s side completely ripping apart the German defence with his pace, trickery and accurate finishes.

Bought from Valencia for just £20 million pounds in the summer, Torres has undoubtedly proven to be Manchester City’s best signing this year. The youngster has already scored four goals in 10 matches for City so far and definitely go on to score more as the season progresses.

England captain Harry Kane has enjoyed a fantastic start to the season at Tottenham and credited the manager for the team’s resurgence. Kane has been directly involved in a whopping 23 goals across all competitions for Tottenham so far, and believes that he is playing his best football under Mourinho this season.

The 27-year-old is playing in a deeper role this season owing to his terrific work rate and is reaping the benefits by picking up assists and goals. Kane will be hoping that Tottenham keep up their recent form and hopefully end a long drawn pursuit to bring silverware to the club.

Gabriel Jesus had missed out on the initial part of the season due to injuries, but has stepped up in the absence of Sergio Aguero to net three goals in his last three games.

The Brazilian had started off the season strongly scoring on the opening day against Wolves, before a tight injury kept him out for a number of weeks. There have been several discussions on whether the 23-year-old is fit enough to lead the line at Manchester City after Sergio Aguero inevitably leaves the club, but it does look like Pep Guardiola believes in Jesus.

Tomorrow will be another chance for Jesus to silence his critics against Tottenham.

Lo Celso had a brilliant game from midfield in Argentina last game against Peru on Wednesday, as the 24-year-old picked up an assist and controlled the game in an excellent overall performance.

His progress has been stunted by several lengthy injuries over the past six months, but Lo Celso finally looks to have hit top form and Mourinho will no doubt be delighted with the recent performances of the Argentine.

De Bruyne’s game has developed a lot over the five years he has spent at Manchester City. There is no doubt that the Belgian is one of the world’s best attacking midfielders right now, but the 29-year-old has stepped up several other aspects of his game from pressing to defending making him a much more all rounded player.

The presence of De Bruyne in and around the opposition box makes him a constant threat especially with his wide range of passing and ability to bend the ball into the far corner.