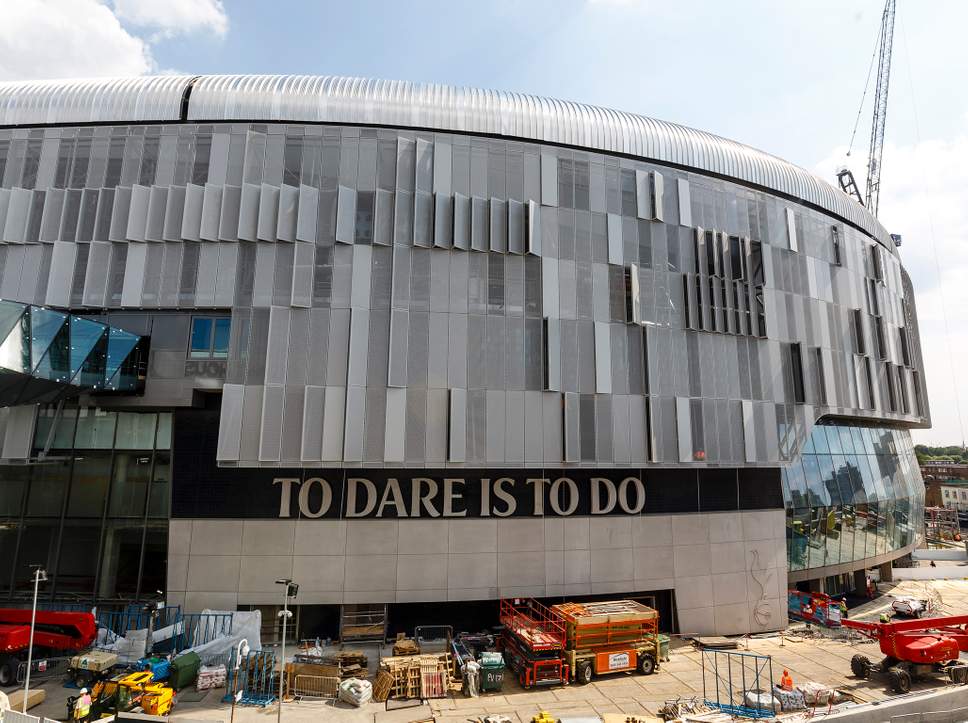 Manchester City’s away fixture against Tottenham Hotspur is pulled back by a day so it can be played at Wembley.

The match will now be held on Monday, 29 October due to unavailability of Wembley stadium on Sunday because of NFL game.

Manchester City were earlier scheduled to play Tottenham in their new stadium, but ‘safely issues’ are keeping the Whites from North London to host it there.

Spurs also confirmed that all the three Champions League group stage fixtures will be played at Wembley.

The change will further affect Manchester United’s home game with Everton, which is also delayed by a day, moving from Saturday lunchtime to replace Spurs v Man City as the live TV match at 16:00 GMT on 28 October.

“We should like to apologise to both our and Manchester City fans for this fixture having to be moved to a weekday evening and any inconvenience caused,” a statement issued by Spurs read.

“Despite the possibility that our new stadium could be ready to host this match, this would not be known until much closer to the date of the game.

“We have therefore agreed with the Premier League that, in the interests of clarity and certainty, we shall confirm this game as taking place at this time at Wembley Stadium so that fans of both teams can now make travel arrangements accordingly.”

Tottenham were scheduled to face Liverpool in their new stadium on 15 September followed by a fixture against Cardiff City – both of which have already been moved to Wembley.

Chairman Daniel Levy said: “We are all focused on ensuring contractors deliver our new stadium in the shortest possible period of time and opening our stadium at the earliest opportunity.

“We are now being regularly updated on progress and as soon as we have confidence in our project managers’ and contractors’ ability to deliver against the revised schedule of works, we shall be able to issue dates for test events and the official opening game.”

As it stands – Manchester City will visit National stadium which will be followed by Wembley hosting Barcelona on October 3, 2018. Their remaining home matches in Group B, against PSV Eindhoven and Inter Milan, have also followed to swap locations.