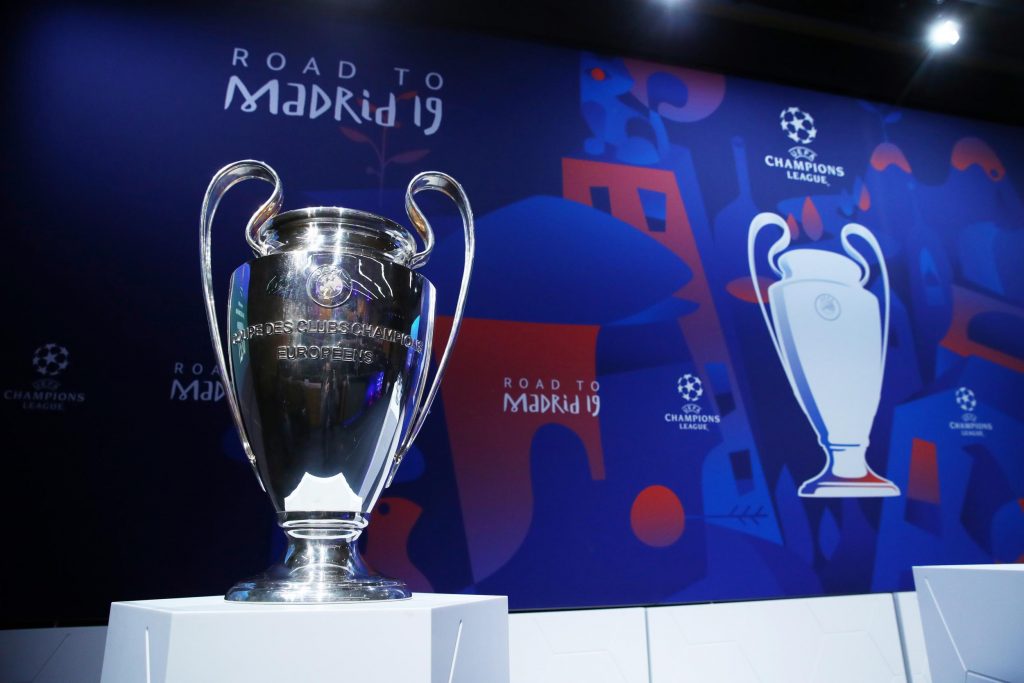 The ties for UEFA Champions League Quarter-finals are out and rest assured, the draws will surely keep you fascinated with no patience to follow. The top 8 European clubs will head on against each other in two fixtures to be held on April 8/9 and the reverse to be conducted on following week i.e on April 16/17.

Once again, the Etihad stadium will light up to it’s potential when the North London rivals face up against us. Yes, Tottenham Hotspur have been drawn against Manchester City in the Quarter final of UEFA CHAMPIONS LEAGUE. Mauricio Pochettino led Spurs will be our next obstacle to overcome and the battle to conquer.

All the 8 teams have been drawn out in a manner that will leave every fan for a longing. While Juventus have been drawn out with the Spanish underdogs, although they can’t be called so after defeating the Champions Real Madrid and Ronaldo would want to avenge the loss for his former club against Ajax in Quarter final 1. Our league chasers, Liverpool on the other hand have been drawn out to a fairly decent side Porto and have now become favourites to qualify for Semi-finals, second time in a row.

The quarter final 3 will be played between Spurs and City which leaves us with our derby opponents Manchester United who will be under the radar of Barcelona.

Ajax or Juventus vs Tottenham or Man City

Barcelona or Man Utd vs Liverpool or FC Porto

The final will be held in Capital of Spain at Atletico Madrid’s Wanda Metropolitano Stadium on June 1 and we hope to see the Blue fags floating over the skies.