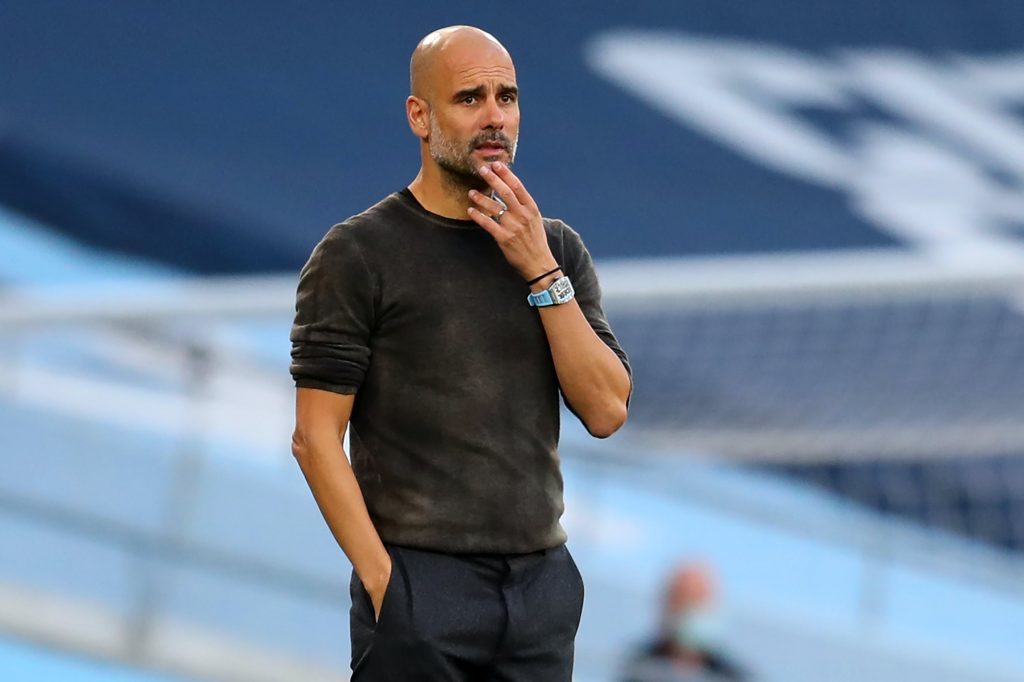 With Pep Guardiola’s contract at Manchester City expiring in summer 2021, fans, football enthusiasts, and his team alike are concerned about whether he’ll remain. Even more so, because he hasn’t given any concrete indication that he’ll stay. To shed some light on what we know about the situation so far, here is some commentary from experts;

Rio Ferdinand, a former Manchester United defender, is certain Man City Players are unsettled over the speculation their manager Pep could be leaving.

Ferdinand also claims The Blues may find it difficult to attract top players if Pep isn’t here for the next season. New players will be put off by the scepticism of who will manage the club,

Ferdinand was likely drawing from his own experience when he played for Manchester United, under the management of Alex Ferguson. The former defender explained he never had to worry about Alex Ferguson’s commitment to the team. Furthermore, commenting to BT Sport, Ferguson always ‘wore his heart on his sleeve.’

Manchester United used to be the host of the Premier League’s top players. But since Alex Ferguson left the club in 2013, Manchester United quickly fell to mediocrity compared to what they once were.

Will Pep Have the Itch to Leave Blues as Fifth Season Approaches?

There is evidence to suggest Pep Guardiola could leave. It’s been noted he has a history of committing to clubs for a few years and then moving on. Despite this, the Catalan insisted there has been no news he’ll return and ruled out speculation regarding Pep’s intentions to leave Man City.

Moreover, according to Manchester Evening News’ reporter Simon Bajkowski, in his behind enemy lines podcast and Blood Red Channel explains;

‘There is no decision whether or when he will decide if he wants to stay or leave. We are in uncharted territory anyway because he has never been at a club for the fifth season.’

Ex-Man City Player Believes Guardiola May Be Ready to Leave

Observations of Pep’s recent remarks on former games have some people, such as former Man City goalkeeper David James, predicting he’ll leave. The comment is based on his language and behaviour during post-game interviews. Apparently, he’s not discussing and portraying the team’s efforts and downfalls in his usual intelligent manner.

David James thought the 49-year-old manager seemed withdrawn in post-match interviews. Particularly in his interview following the match with top contenders to win the league, Liverpool. David commented, ‘Peps future is in question.’

So far, the Spaniard insisted he would not return as a Barcelona manager. He has decided that he must earn the right to remain as Man City’s manager by propelling the team to success in the Premier League.

When you place a bet on premier league football, it helps to consider the odds of each team winning, their history, current performance, including changes to the team.

Currently, in the 10th position in the premier league, Man Cities’ performance at this point could go either way. With a few rough games at the beginning of the season, the blues have slipped down the rankings.

It’s questionable whether Guardiola’s lack of commitment is a driving factor behind the team’s position. Or whether it’s because this season has been an unusual one for all teams. With clubs unable to train together as much before the Premier League started. Yet top teams are still expected to juggle the Premier League and contend with a packed schedule of UEFA games.

As a result, there have been some unlikely scores. For example, in recent weeks, Aston Villa won against Liverpool 7/2. On the same day, Tottenham won 6/1 against Manchester United.

To give some of the player’s respite, Pep and Klopp (Liverpool’s Manager) have slammed the Premier League for permitting just three substitutes. In turn, demanding the Premier League reconsider the three subs rule. However, the petition for five reserves is unlikely to amount to anything. Putting teams at risk of overworking players in what is a difficult season for many already.

Despite the issues, Manchester City hopes they can maintain their position as the second favourite in the upcoming fixture against Tottenham on 21st November.