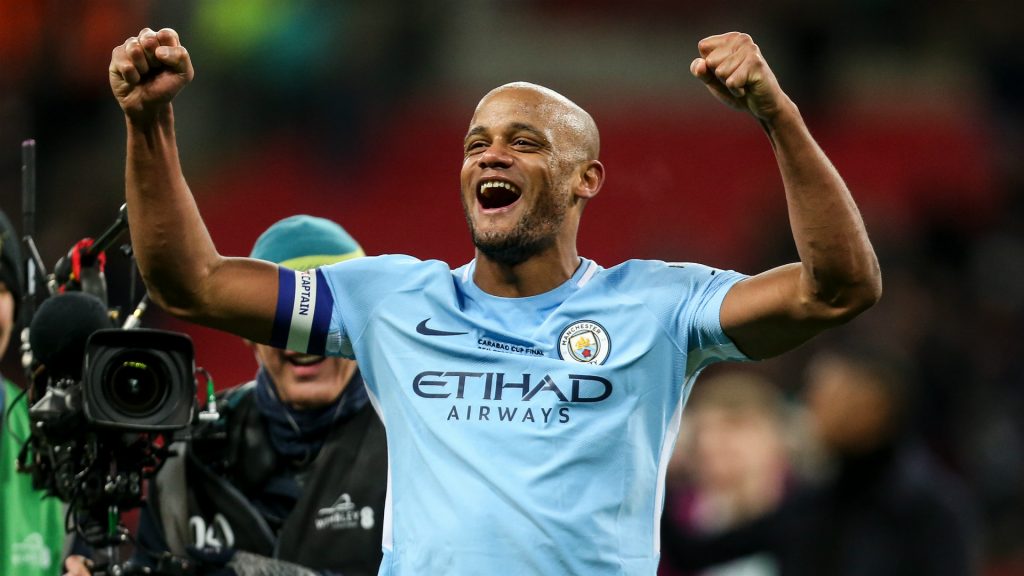 A must win Premier League fixture against Everton, if they are aiming to lift the title at Ethiad against Manchester United. And Knockout Quarters against Liverpool for the Champions league on either side of Manchester Derby.

Vincent Kompany insists that his team mates should remain prepared as well as focused for their upcoming four ties.

“It starts from now, really,” Kompany said, via the ​Daily Mail. “Until the international break I didn’t really think too much about it but we go to Goodison Park and we go to Anfield.

“That’s as hard as it gets but we worked hard this season to be in this position. It’s a good two weeks for us to look forward.

“We’ve got a big squad, and a down-to-earth squad. We know that as much as we’ve been incredible this season that these games are against teams like United who will want to hurt us.”

Vincent Kompany is aware of the threat Liverpool poses, and how tough the fixture will be.

“They have strengthened defensively. They are definitely further along as a team than they were earlier in the season and you can see it in the way they’ve been playing recently. But that’s what we enjoy to play against. There’s a lot to say about our team as well.”