The ban on Manchester City from playing Champions League has raised ample doubt on the future of a few Man City players who are in their prime of the career.

At the very moment, City have been hit with two seasons ban i.e 2020-21 and 2021-22. The club has appealed to the Court of Arbitration for Sport (CAS) which successful will still leave them with a one year ban which is basically enough for Guardiola and other players to leave.

Most of the players currently at the club are contracted till 2023 and also in their prime which will fetch them a good sum if they are to leave. The likes of Raheem Sterling, Kevin de Bruyne and Aymeric Laporte are playing at their best and would want to add a Champions League title to their name.

These all are not academy players who would want to stick around with the club in whatsoever bad situation that arises and would rather fancy a good future with plenty of opportunities ahead. 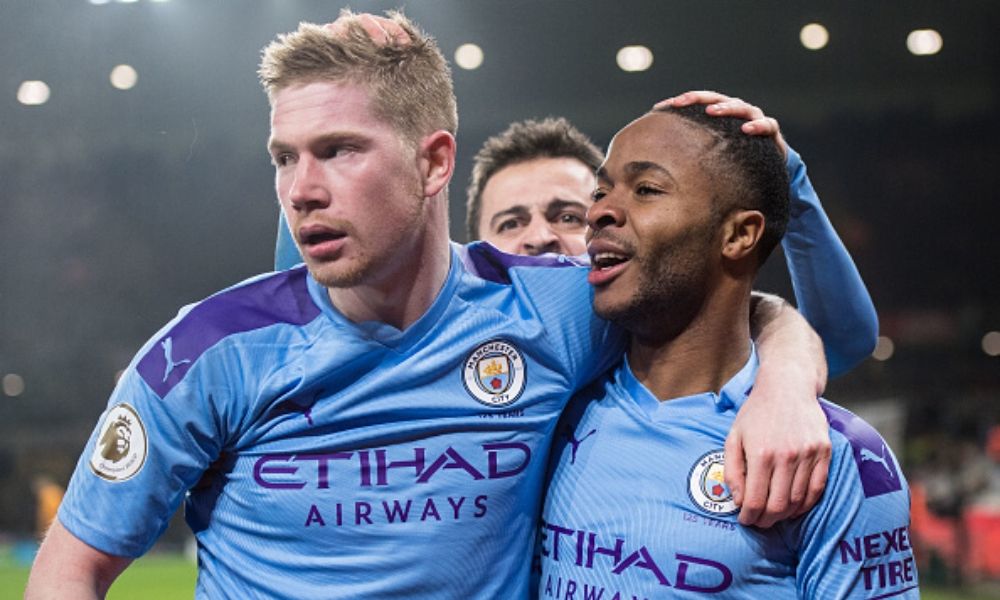 These are the players who want to win things and play at the top level. They have good number of years with them and would want to play the elite competition for as long as possible.

The pride of KDB, Bernardo Silva and Laporte will suffer a dent if they are not to play the Champions League. Manchester City’s future is very fragile with the ownership, managerial hierarchy and the squad all in doubt.

There are heavy chances of Sergio Aguero and Leroy Sane sticking around with their career expiring on 2021. Even if the ban was upheld, the stars would still want to leave the club if Guardiola makes an exit which he mostly will.

There are a lot of harsh realities revolving around the club after the historic ban handed to them by European soccer’s governing body.