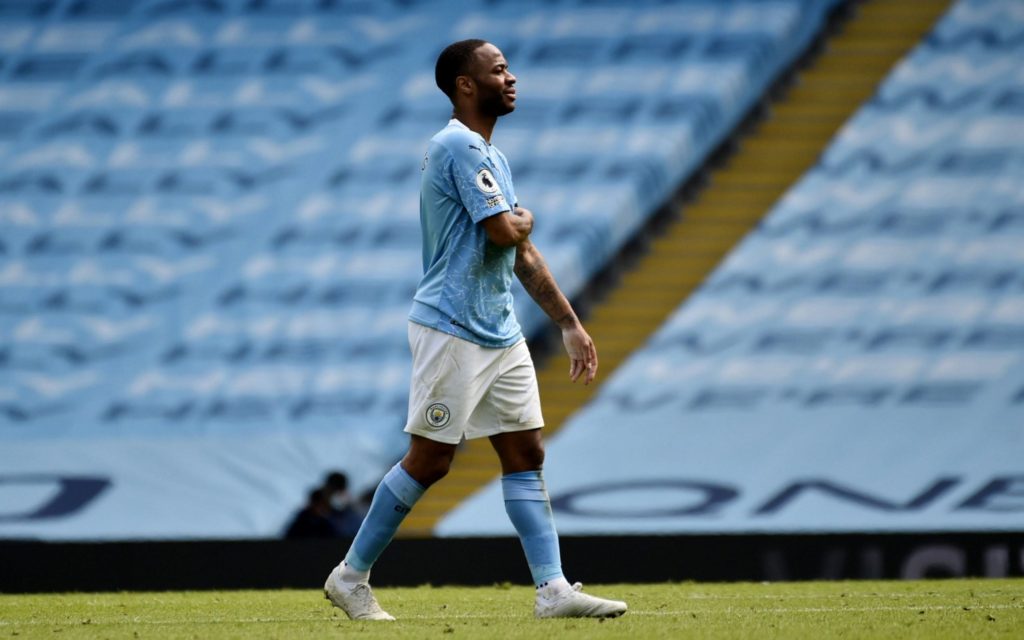 Manchester City forward, Raheem Sterling has endured a frustrating season this year. The former Liverpool star has netted just 13 goals in all competitions and has not scored in the Premier League since Manchester City’s win over Arsenal on February 21. This abysmal run has seen him left on the bench on a number of occasions in the last two months.

Many pundits have been concerned with his form with manager Pep Guardiola dropping him whenever he has both RiyadMahrez and Phil Foden fully fit. The drop in form is alarming considering he had just come off a 31 goal contribution in 53 games season. Man City have moved away from relying on his brilliance in front of goal and have found other focal points.

The player recently admitted that he was having a very weird season but hopes to turn it around soon. That is what Pep Guardiola and his coaching staff would hope for. Manchester City are on the brink of winning another Premier League title but also have an eye on the Champions League, where they hold a 2-1 advantage over PSG ahead of next week’s return leg.

WATCH: WHAT HAS HAPPENED TO RAHEEM STERLING?! 😬

📺 @AlanMcInally and @willperryTV have discussed the winger’s poor form this season and whether he is still guaranteed a starting spot for England! 🏴󠁧󠁢󠁥󠁮󠁧󠁿

Raheem Sterling has proven to be brilliant over the years and knows that he needs to find that spark sooner than later with an eye on England’s chances at the Euros. The three lions are hoping to end their wait for an international men’s senior trophy. A fit and in-form Sterling benefits his club and nation in a key number of games coming up.