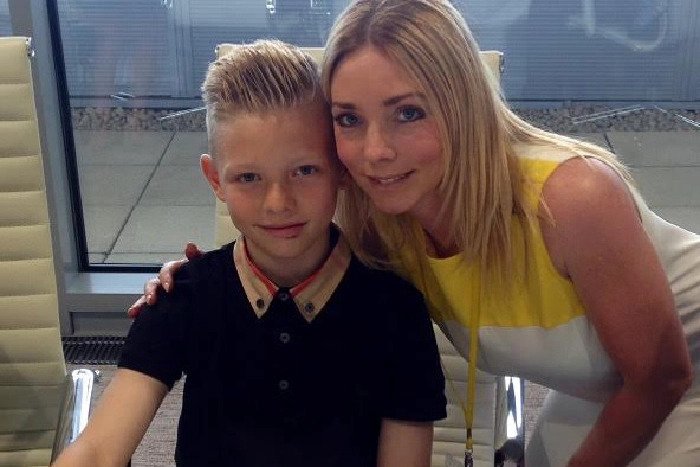 At the age of 15 you are to decide the career you want to pursue and if it is football you decide the position you want to play in but this 15-year-old sensation of Manchester City has transcended the ordinary and called for attention from scouts of Barcelona.

Kian Breckin, only 15 has already grabbed attention of many with his far from better experiences. The talented youngster has caught the eyes of many courtesy his performances in youth games playing for City’s youth team.

Kian Breckin is highly regarded and respected as a midfielder who knows how to productise his talent. Breckin is a football blood whose father is a scout and has already played for Rotherham United, Nottingham Forest and Wigan Athletic.

Coming up the ranks, City have offered the youngster terms and he is yet to seal his future. With Barcelona showing keen interest in the youngster, the future of youngster remains under clouds.

We know that Barcelona are keen in producing and nurturing young talent and have therefore offered a 17-year-old youngster Louie Barry of West Bromwich.

The 15-year-old attacking midfielder has already got himself a virtual ticket for Camp Nou and only a print of it remains to affirm his exit. The only backlash for Barcelona may be Breckin’s father Ian Breckin, who is a scout for Manchester City.

Man City and Barca are both putting it their all to sign a potential 2024 midfielder who will only be polished until then. Having said that, the signing of a 15-year-old has created ample hype only to be soon who he plays for.