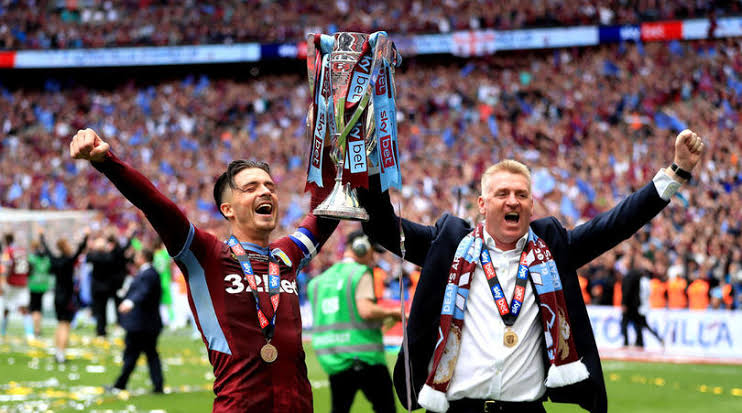 Revenge will be on the mind of every Aston Villa player when they step into the pitch to play the finals of Carabao Cup to be held at Wembley.

Villa experienced a brutal thumping by City in between their two successful semi-final ties against Leicester City. The Clarets lost 6-1 to City in a manner that no one expected. The promoted club has seen their ups and downs in the Premier League and would definitely want to end their day in a high.

Ezri Konsa just before the game made his teams intentions clear and said that the underdogs will not leave any chance to fight. Also, it is the feeling of revenge that Konsa feels will lift up his team.

“You’ve always got to have that spirit in a team. Us as lads, we hate losing — that’s everyone as well. Man City doing the double over us, even though they are a great side, we think we can beat them as well. So come Sunday, we will show what we’re about.

“Man City are a great team, one of the best in Europe. They’ve got some really good players that could really hurt us and I think that we did allow some of their top players to have a lot of time on the ball, which did hurt us. I think their movement was really good.

“In football, anything is possible. Personally, it’s my first time playing at Wembley and we don’t want to make a fool of ourselves at Wembley so we are all looking forward to it and know we could get a result and bring the cup back home.”

Aston Villa have players capable of turning the tide but to win against Manchester City they will have to work as a single unit. The stage is set for the dark horses to cause an upset and stop City from winning their third title in a row.