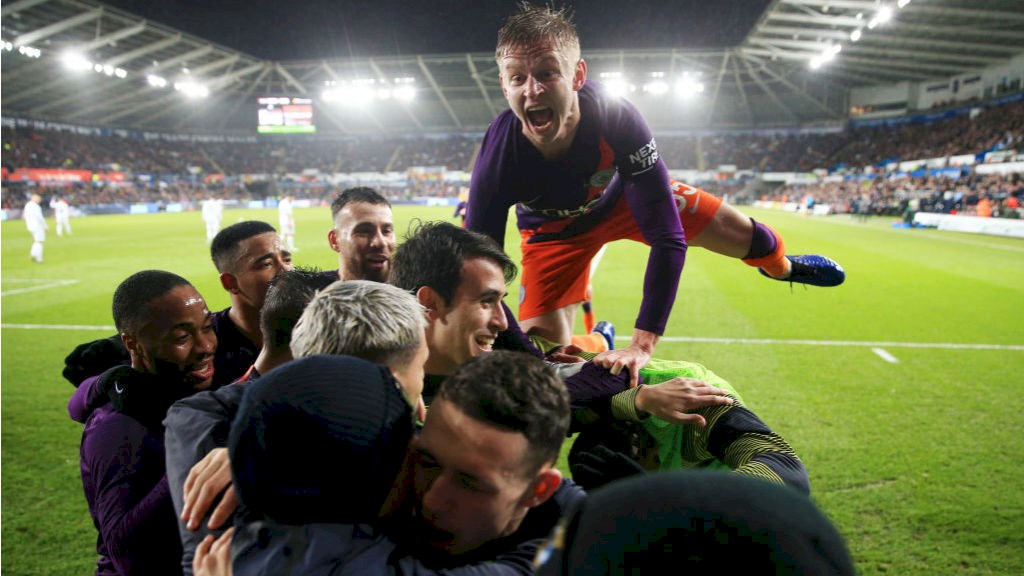 A booked quarter-final slot in the Champions League; semi-final berth in the FA CUP and advantage of being second with a game in hand in the Premier League; Manchester City surely and certainly have dreams to fulfill and glory to achieve. And coming so close to all the competitions, they would not want to slip the titles off their hands.

City, however, would not want to pressurize themselves with the hopes of achieving the unachievable (until now) and would rather love to keep things simple. Despite being the favourites in two of the three tournaments, City’s point to prove still remains the Champions League where they are sensed to be “TEENAGERS”

Let’s hear out on what our players feel of the expectations they carry. Bernardo Silva after the comeback game against Swansea City in the FA CUP had said, “All the players feel that this season can be special.”

“Last season was special in the way we won the Premier League; this season can be special because we’ve already won one competition, we’re still playing for three.

“It will be crucial, to make something special and to try to write an important page in the history of this club, and that’s what we’ll try to do.”

The young, energetic and not to star-studded City line-up has already achieved so little so much that there can’t be anything wrong coming their way. But as they say in football there is nothing termed to be perfect and right. Bernardo further added,

“Obviously we cannot be perfect in all moments, but so far this season, to still be in the four competitions – three left, because one we’ve won already – it’s pretty good.”

The performance and talent of our boys is unquestionable and to fill in the inexperience gap we have Pep, experienced of winning matches and clinching titles. We have proved one and all that Manchester is Blue, let’s show them how!!