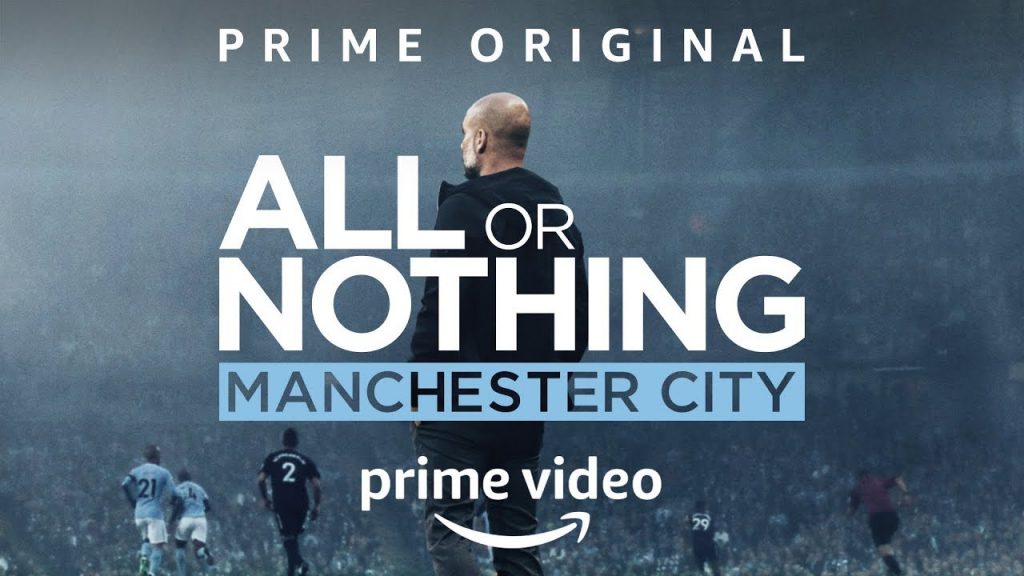 All or Nothing Manchester City will document the entire City’s 2017/18 season and will be launch exclusively on Amazon Prime Video.

The trailer gives a quick preview from the dressing room, training ground and manager’s office, as well as exclusive interviews with players and staff. The series will be narrated by Sir Ben Kingsley.

Fans can get a glimpse of how it all came together – Record-smashing, goal-scoring, swashbuckling and awe-inspiring. Pep Guardiola finally showing his worth, setting new standards in Premier League history.

All eight episodes of the Prime Original docuseries launches on Friday 17 August. The series will go out in eight one-hour episodes. Amazon Prime Video customers will be able to access all 8 episodes, available in over 200 countries across the world.