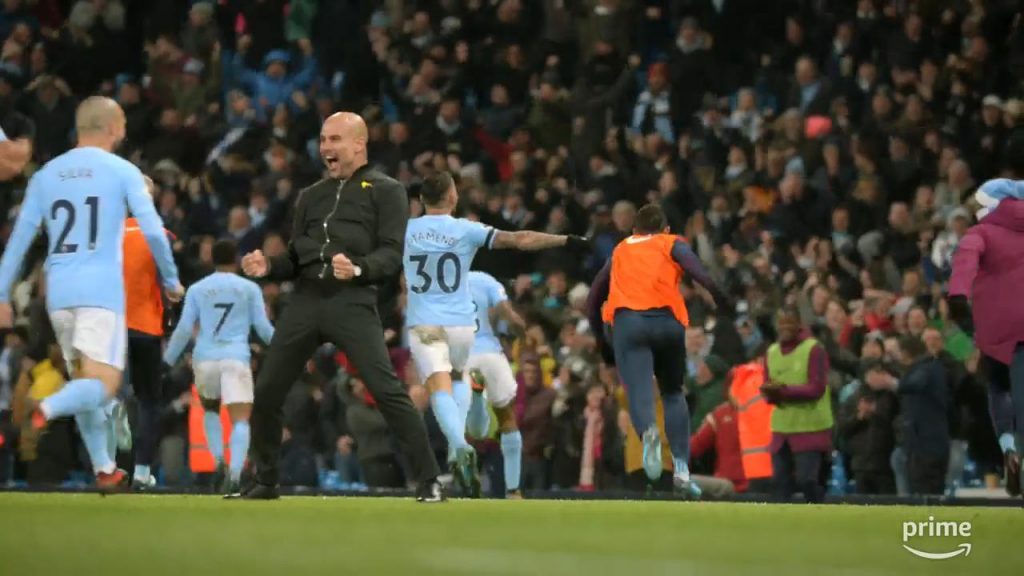 Amazon Prime have released a 30-seconds trailer for the much anticipated documentary series “All or Nothing: Manchester City”.

Man City cruised the title, they have been absolutely dominant for the most part. Record-smashing, goal-scoring, swashbuckling and awe-inspiring – Pep Guardiola finally showing his worth, setting new standards in Premier League history.

And now fans can get a glimpse of how it all came together.

The series will document the entire City’s 2017/18 season and will be launch exclusively on Amazon Prime Video in 2018.

The trailer gives a quick preview of what the series has in store, particularly a candid look behind the scenes that we’re not accustomed to.

The series will go out in eight one-hour episodes.

The series has been scheduled for an October release but  filming almost completed it is expected to start in August.