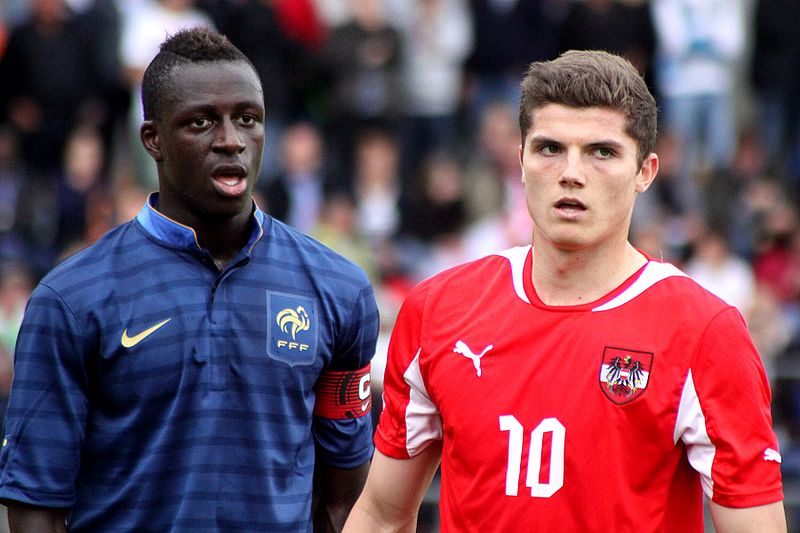 Manchester City’s only representative in the French World Cup squad has his eye on the ultimate prize this summer.

Benjamin Mendy had a tough season after suffering an injury early on but remained in high spirits throughout and has worked hard to get back full fitness.

As part of a nation that is amongst the favorites to win the tournament, his ambition may come as no surprise. And it reflects the positivity of a player whose chirpy character has made him a hit with fans on social media.

Didier Deschamps’ men will be expected to emerge from a group that contains Australia, Peru and Denmark. Having edged past Australia in the opening game, they are odds-on with William Hill to beat Peru, a result that would put them into the last 16 with a game against Denmark still to play.

France’s only previous World cup win came on home soil back in 1998, although they did reach the final in 2006 and the quarter-finals two years ago.

Mendy returned to action for his club in April but played just 62 minutes across three games before the end of the campaign. That didn’t deter the French coach from including the 23-year-old in his final squad for Russia.

Despite having a wealth of talent at their disposal, there have been questions marks surrounding the French defence, with some suggesting it is their weak point. However, the return of full-backs Mendy and Djibril Sidibe, who also suffered a serious injury last season, has given them a massive boost.

Both looked strong in France’s 2-0 win against Republic of Ireland in May, although they spent most of their time in offensive mode due to Ireland’s lack of adventure. Mendy also featured in the 3-1 friendly win over Italy in June.

Mendy has attributed his positive attitude during his recuperation to a cancer patient who occupied the bed next to him in a hospital in Barcelona. He went there for treatment on a ruptured knee and soon realised that there were people around him with much bigger issues. The whole episode helped to put his own situation in perspective and enabled him to remain focused during his recovery.

Although he was absent for most of the campaign, Mendy kept himself in the minds of football fans thanks to his social media presence. His regular account of his antics during recovery and his comical messages to teammates endeared him to fans from Manchester City and beyond.

Who doesnt love a lucky 97th minute winner & crowdsurfing ?!!!! What a first game i cant wait for more !! 💙💙 #sharkteam pic.twitter.com/Ice2L8v90G

He even took over the national team’s account to offer ‘a day in the life of Benjamin Mendy’ ahead of the tournament. And we can expect to hear more from him through the tournament as he looks to break his way into to the starting XI.

Only time will tell if France can go all the way but Russia 2018 promises to be one of the most competitive World Cups in years.