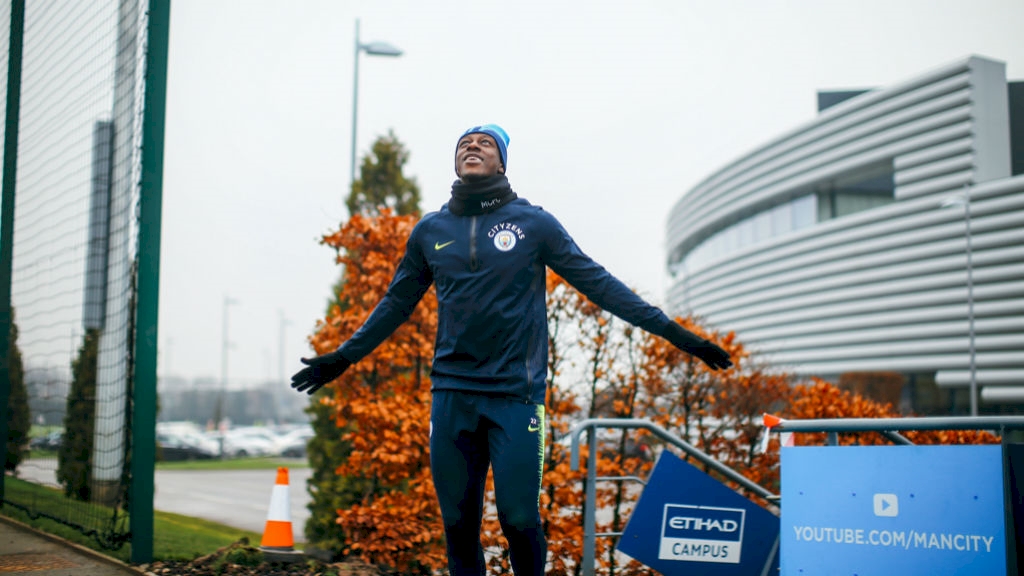 For an experienced candidate, returning back from injury is not a matter of concern. This was the case for Benjamin Mendy who had been injured since 11 November but when he played against Burton last night, he did not look like a player returning from injury. He had trained for only one week of or even less but appeared on the pitch in the Semi-final tie of EFL cup against Burton with utmost confidence as if he still owns that left-flank of defence. Only 24, Benjamin Mendy has ton of experience under his belt, having played in all international games for France since U16 which has made him adapt to football in any condition.

The left-back featured almost two months after sustaining a knee injury and was brought into the squad by Guardiola as soon as he recovered. The French defender was brought in the 63rd minute of the game by the manager, in Manchester City’s 1-0 win in the second leg of Semi-final clash against the Brewers. The match that saw only one goal from Sergio Aguero took City into the finals of EFL Cup with a (10-0) aggregate win majorly because of 9-0 demolition in the first-leg.

The return of Manchester City’s number one left-back has instilled a sense of satisfaction in the manager and feeling of confidence in the team. Now, the comeback of defender has aroused a willingness of winning and competing for the titles of Premier League as well as the Champions League. Pep Guardiola was so happy with Mendy’s return that he has already said Mendy “to be one of the best left-backs.”

To have injuries can happen, but the way he trains, the way he is in the locker room, you cannot imagine how the people love him and like to be with him, in the team spirit and everything. I’m delighted,” Guardiola said of Mendy’s influence in the squad.

“We can use him more, that’s what I want. He just needs to be focused, be focused in your job, in what you have to do, because you have incredible potential, you are young, you can be one of the best left backs but it depends on you. The other side, we cannot help you.”

The return of French international has filled in all the missing gaps of Guardiola’s troop and has made his defence as strong as ever. Benjamin Mendy will be a key figure in determining Manchester City’s EFL Cup title when they face either Chelsea or Tottenham Hotspurs in the finals.