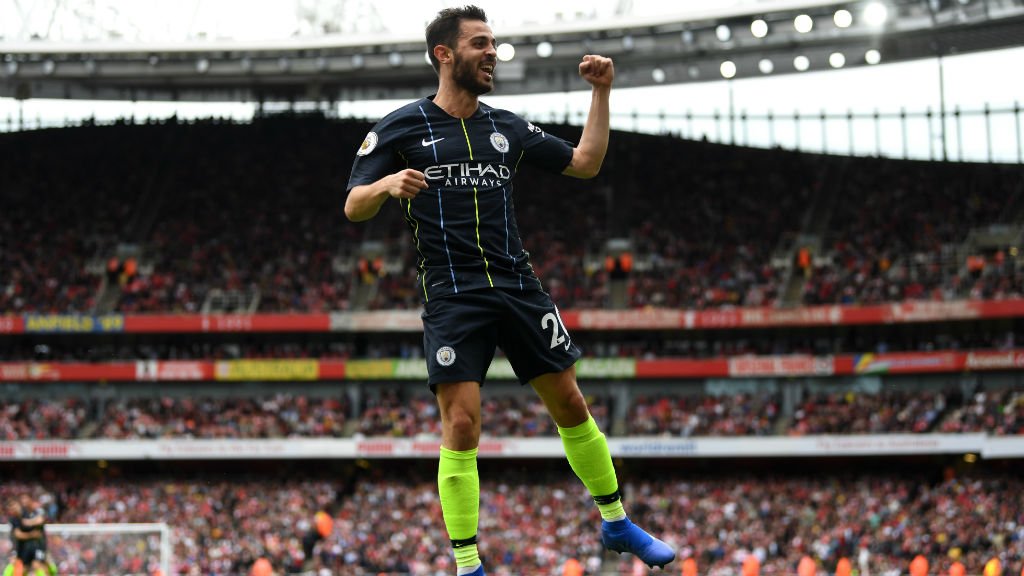 Kevin De Bruyne’s injury is a crushing blow for Pep Guardiola and Manchester City’s hopes of retaining the Premier League crown this term. The Belgian – who supplied 18 assists and scored eight goals last season – expected to be sidelined for up to three months. His creativity in midfield will be sorely missed, and other players such as Bernardo Silva need to step up and fill the playmaker’s shoes.

Luckily for Guardiola, Bernardo Silva appears ready to take on the challenge of becoming one of the main men at City. The 24-year-old, who joined from Monaco in the summer of 2017, was a bit-part player for the Citizens during their dominance of the league last time out. The £43.5 million addition found it hard to force his way into a strong City line-up, and many of his appearances were from the bench. In fact, he only clocked 1514 minutes of top-flight pitch time compared to De Bruyne’s 3073.

Despite being somewhat of a squad player under Guardiola last term, Silva managed to show his talents on a number of occasions. He scored six goals and assisted five, meaning he was directly involved with a goal every 137 minutes. At Monaco, Silva also displayed that he could be a useful addition in attack, as he scored eight and assisted nine in the 2016-17 Ligue 1 campaign.

During the pre-season preparation for the 2018-19 Premier League campaign, Guardiola made it clear that Silva would be playing a more prominent role in the side this term. The Portuguese was drafted in to be the long-term replacement of David Silva, and now that the Spaniard is 32 years old he will begin to have his minutes curtailed.

City still have the best odds to win Premier League 2019 at 8/13, but it remains to be seen how they cope with the long-term absence of their main man. De Bruyne was crucial in City’s title-winning campaign last season, and if it hadn’t been for the brilliance of Mohamed Salah at Liverpool the Belgian would have been named Player of the Year. Luckily, Guardiola has new signing Riyad Mahrez to call upon, as well as Bernardo in midfield. The Catalan will be looking for the two creative attackers to form a devastating bond which will break open opposition defences.

Guardiola knew it wouldn’t be easy defending the top flight crown as well as looking to winning the Champions League. But this is why the former Bayern Munich manager dipped into the transfer market again in the summer to strengthen. He will also be seeking to give opportunities to younger players who have come up through the City youth system.

Silva will doubtlessly have a longer run in the first team now, and he needs to prove that he can give as much as the injured De Bruyne. If players like the former Monaco man can’t make the step up, then City’s chances of retaining the title will be much slimmer.