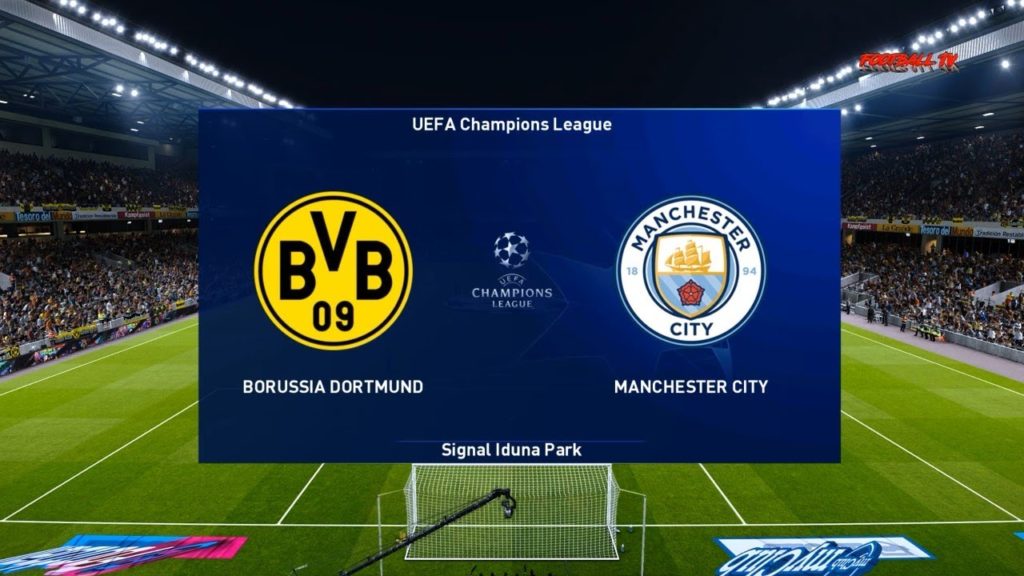 The intriguing tie heads to the Signal Iduna Park in Germany as Borussia Dortmund host Pep Guardiola’s Manchester City. The first leg produced some great scenes and others controversial setting it up nicely for a huge climax. Manchester City comes in the tie with a slim 2-1 advantage but will be wary of Borussia Dortmund’s all-important away goal. It is difficult to predict how this game will pan out particularly with both teams struggling over the weekend.

Jadon Sancho trained individually on Sunday but he’ll won’t feature in Wednesday’s game. Dan-Axel Zagadou and Axel Witsel are joined in the treatment room by Youssoufa Moukoko and Marcel Schmelzer.

City have a relatively full squad with only Sergio Aguero and Aymeric Laporte being doubts after they both missed the loss to Leeds United due to minor injuries.

Game two is a difficult tie for Dortmund who were on the wrong side of some very questionable refereeing decisions. They will look to banish the demons of the game in Manchester City and control their own destiny. Dortmund are expected to create more chances this time around and give Erling Haaland the supply he thrives on. His liveliness in the first leg caused a few heart-in-hand moments for City. Goals to propel the German side to the next stage will be very much welcome as they seek to salvage their season. Dortmund battled to a hard-fought 3-2 win against Stuttgart over the weekend. This fighting spirit will be the deciding factor in this game.

Failure to qualify for the semi-final will be Manchester City and Pep Guardiola’s own doing again. A controlled and dominant first leg tie witnessed City’s uncharacteristic wastefulness in front of goal which could easily have made this game a mere formality.

Man City comes into this game on the back of a chastening loss to 10-man Leeds United on Saturday afternoon. Pep Guardiola knows his team needs to get the job done on Wednesday to get closer to the main aim of European glory this year. The Cityzens have only one thing on their mind and that is to kill the game off and cut out any chance of a Dortmund miracle. Rubén Dias will have his hands full again with the Norwegian machine, Erling Haaland and will be tasked with keeping him away from the City’s goal as much as possible.

There is 90 minutes left of this tie with both teams controlling their own destiny on a beautiful night in the UEFA Champions League. Both teams need to qualify for different reasons, with Dortmund needing qualification to potentially go all the way and secure a place in next season’s UCL. City on the other hand needs this qualification to prove their capabilities and remove the tag of “quarter-final flops” because of losses against Liverpool, Tottenham and Lyon at this same stage in the last three seasons. This is indeed the make of a key second leg tie.