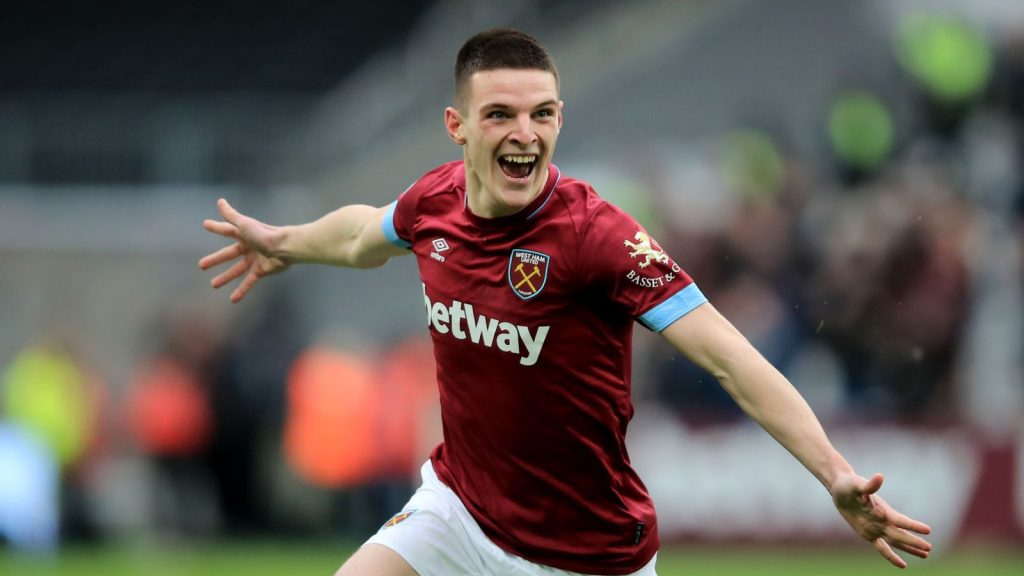 Declan Rice transfer talks are soaring as Manchester United’s coach Ole Solsjaer has shown interest in him and would be demanding to reform his empire , which could not provide a beneficiary result this season and are in line of failing to cease a Champions League spot. The current West Ham player is all ready to fall in line with higher club.

Manchester City should try to sign him before the arch-rivald as he could be the replacement for veteran defender Ferdinandho. I say again, as I have been since January transfer window that Rice is certainly best to replace Fernandinho.

Jonathan Walters, former Stroke and Republic of Ireland footballer, in his opinion urges Pep Guardialo to sign the West Ham player for a powerful defensive block.

“If I was Manchester City I would be looking at him because of the position that he plays where he can sit in front of that back four and do an unbelievable job.”

Speaking about Rice, Jonathan Walters highly praised him and added

He’s available for the ball and right foot, left foot he deals with it. His passing is simple but he’s got a range.

“He covers a lot of ground and breaks up attacks. He can take players on.

“He is an ultimate player in that role and I’d be surprised if plenty of clubs aren’t in for him this summer.”

“To play so consistently well in the Premier League at such a young age is unbelievable and I’ve spoken to some West Ham players over the past couple of years and they have said he’s the best player in the building. And they have got some very good players there.”

Declan Rice just missed the PFA Young Player of the Year because of an unbelievably sensational season of Raheem Sterling. And to come up second in a lowly club of West Ham is a big deal in itself. The talent is visible, his determination unmatchable and the player is pure gold;one not to be slipped away.