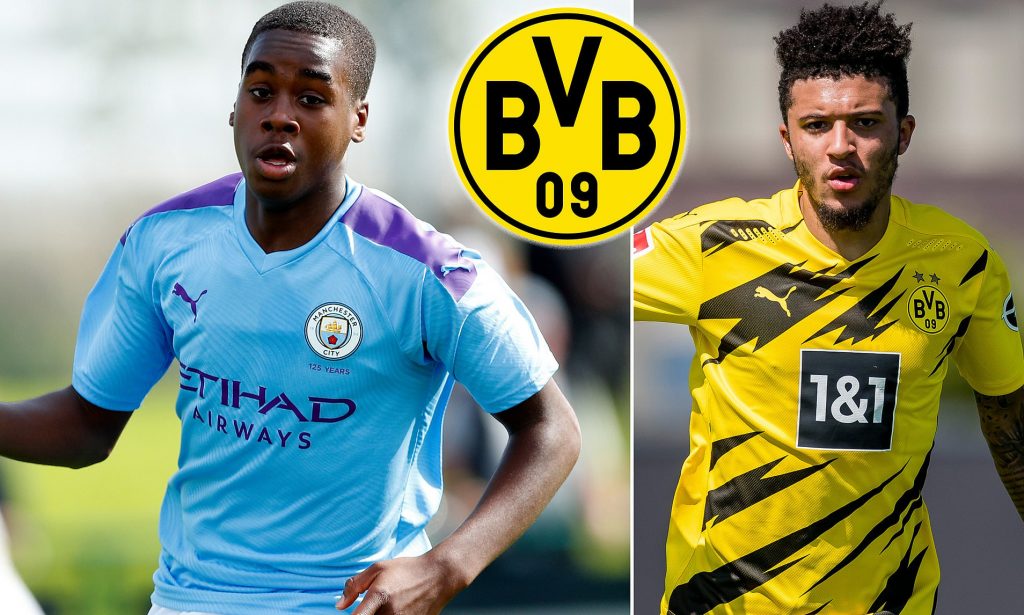 Phil Foden, the only Manchester City academy graduate pushing for a starting berth lately and irrespective of the star studded side Pep Guardiola has – one major worry for Cityzens is the treatment of youngsters lately which has seen the likes of Jadon Sancho, Brahim Diaz, Rabbi Matondo depart for development away from Manchester.

The youngster, who just turned sixteen, has represented City twice for the U18s, scoring one, and is one of the most regarded player in the academy.

His potential hasn’t gone unnoticed, and with serendipity of representing City’s first team looking bleak, Dortmund are trying to bring him to Germany using Jadon Sancho’s success as an example.

Jadon signed for Dortmund back in 2017 for just £8 million and the Englishman has gone on to become one of the most anticipated and followed player around the globe, and is expected to join our city rivals Manchester United for a massive fee this summer.

If reports by Daily Mail are to be believed, Bynoe-Gittens is ‘virtually certain’ of leaving Manchester City this summer and Dortmund are expected to win the race.

Paris Saint-Germain were also intrested in his signatures, but Dortmund’s reputation of developing players has made them favorites, something similar to when they beat United for Jude Bellingham earlier this summer.