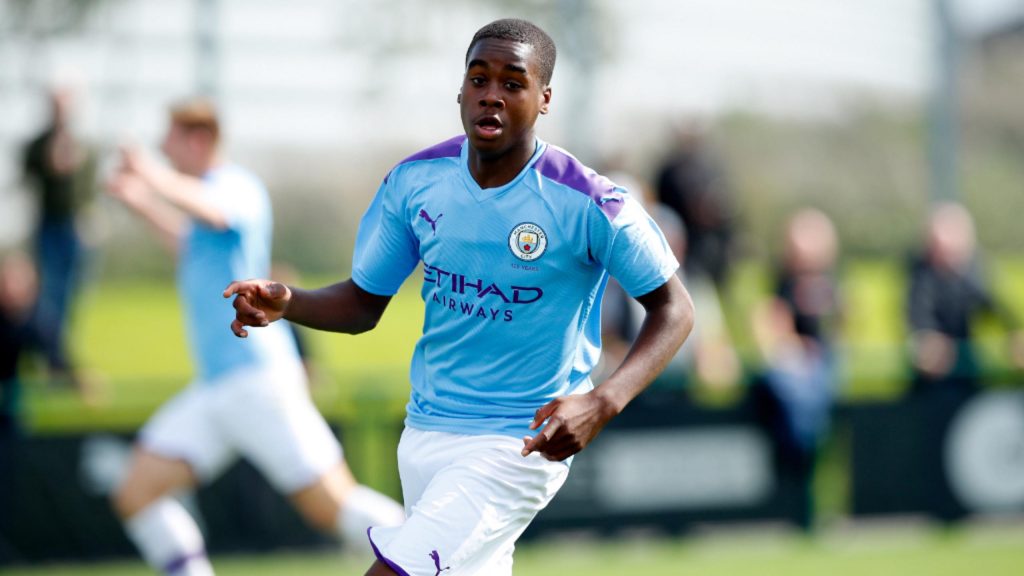 The future of Manchester City seems bright and is one that can continue the legacy of this decade forward. One such name that has come to my mind is Jamie Bynoe-Gittens. The 15-year-old young Manchester City forward has caught everyone’s attention and it is only a matter of time that he steps into big stages.

Traditionally a left winger, Jamie Bynoe is one for the future who knows how to use the backline better than anyone else. The winger has been heavily praised and is only getting better.

At only fifteen, Gittens plays for City’s under-16s and under-18s squad and have produced plenty goals already amassing 12 goals and 8 assists. He is someone who has huge potential and can be called the future Paul Pogba in making.

Jamie has an exceptional footwork which can be seen in this video (including a rainbow flick at around the 1.25 minute mark). The youngster has the ability to sneak past the defenders with ease and also demonstrates quick feet which allows him to maintain possession of the ball.

He was also a part of U18 squad that defeated Liverpool 5-2 wherein the winger scored the last goal coming in as a substitute. There is a lot more to Gittens than discussed.

Bynoe-Gittens certainly has the mettle required to be one of the very best and if his talent if tapped properly by the Manchester City youth team, he soon will be in the senior team.

And if you get to seem him in the coming years, you know where you heard his name first !!!!