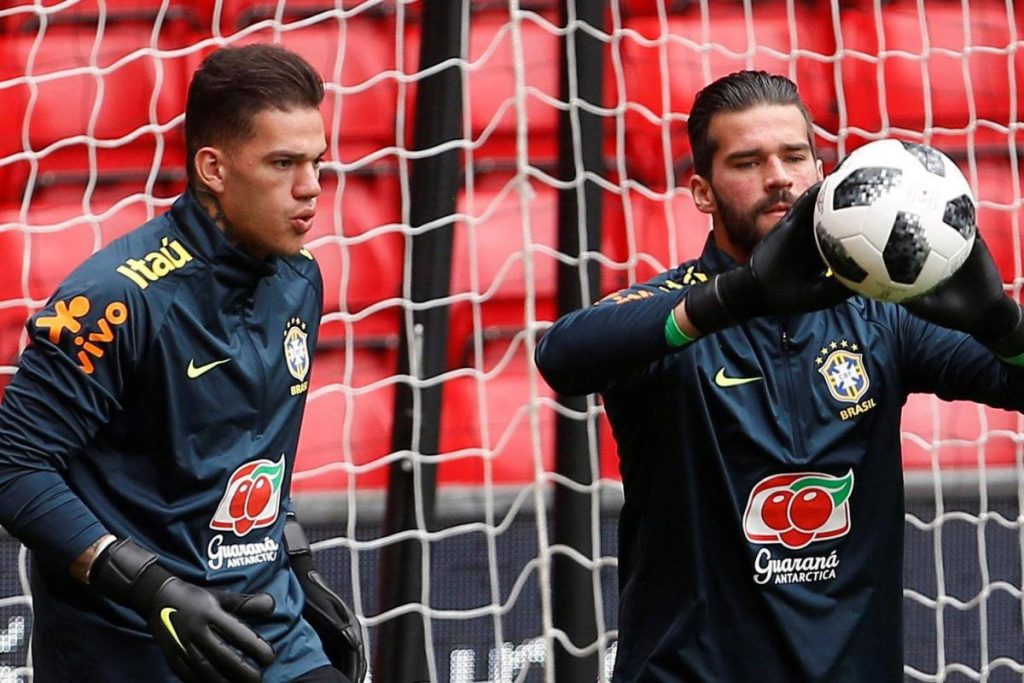 Manchester City’s man between the sticks Ederson Maores accepts Allison’s superiority over him as the Liverpool man remains Brazil’s first choice ahead of Ederson.

Allison has been capped 32 times compared to Ederson’s one, though he will get another chance to rejuvenate his Brazil career against Saudi Arabia before Alisson takes helm for the Argentina clash.

“I think there is a lot of similarity between the two of us, he is having a very positive start to the season at Liverpool.

“Here he is one step ahead of me, he played in a World Cup but that’s not a reason to work less.

“Brazil is well served for goalkeepers, many who have not been to the World Cup are very good. Those who are picked will do a good job.

“Yesterday, after training, Tite called to talk to me and Alisson and said that I would play the first game and Alisson the second.

“I was very happy to have an opportunity to play a match with the Brazilian team.”