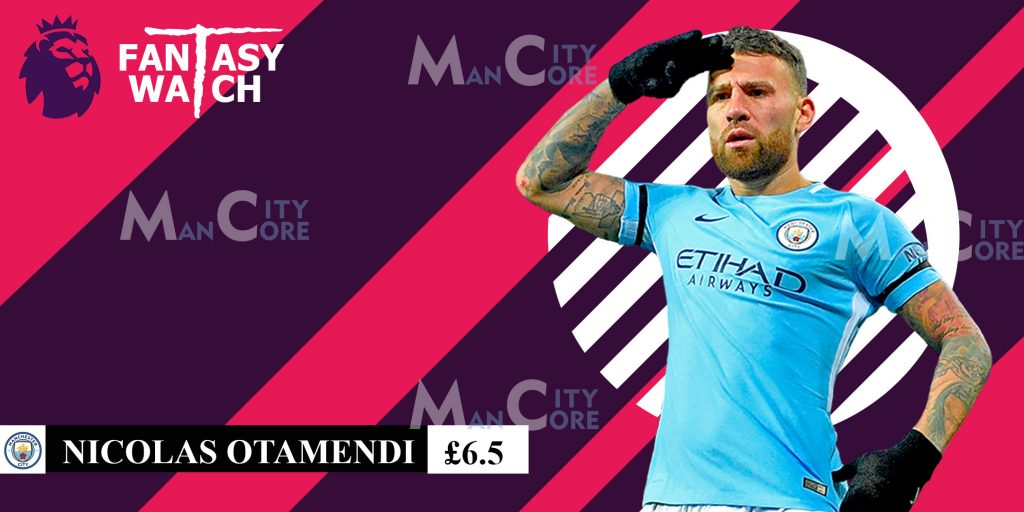 Manchester City have revived their defence under Pep Guardiola with those expensive recruits. They may have come in with a big tag recently, but City still rely on – Nicolas Otamendi.

Manchester City have four established defenders in Vincent Kompany, America Laporte, Nicholas Otemandi and John Stones. Yeah, the dilemma just becomes worse when the FPL managers have to choose between them.

The Argentine defender was in outstanding form last season. His defensive capabilities gave his side a solid platform on which the attacking players could flourish. His passing at the back helps set the tone for the rest of the team.

The center back scored 4 goals and averaged 90.4 passes per match and completed 88 per cent.

Nicolas Otamendi picked up 156 points during the last season campaign, making him the third-highest scoring defender in Fantasy Premier League (FPL). He was priced at £5.5m, becoming the most-bought defender and earned more than 2.8m transfers in.

Manchester City will start their 2018/19 Premier League campaign with a trip to Arsenal. Over the six Gameweeks that follow, they do not face top-six team until they are away to Liverpool in Gameweek 8.

Nicolas Otamendi is priced at £6.5m and is currently selected by only 8.9 per cent managers. The Argentine defender could be a go-to premium FPL defenders for managers, at least for the early gameweeks.

And something that everyone knows, his ability to score goals and those extra bonus points, in addition to benefiting from Man City’s clean sheets, could make him their leading option.He can cement as a major part of your FPL plans.