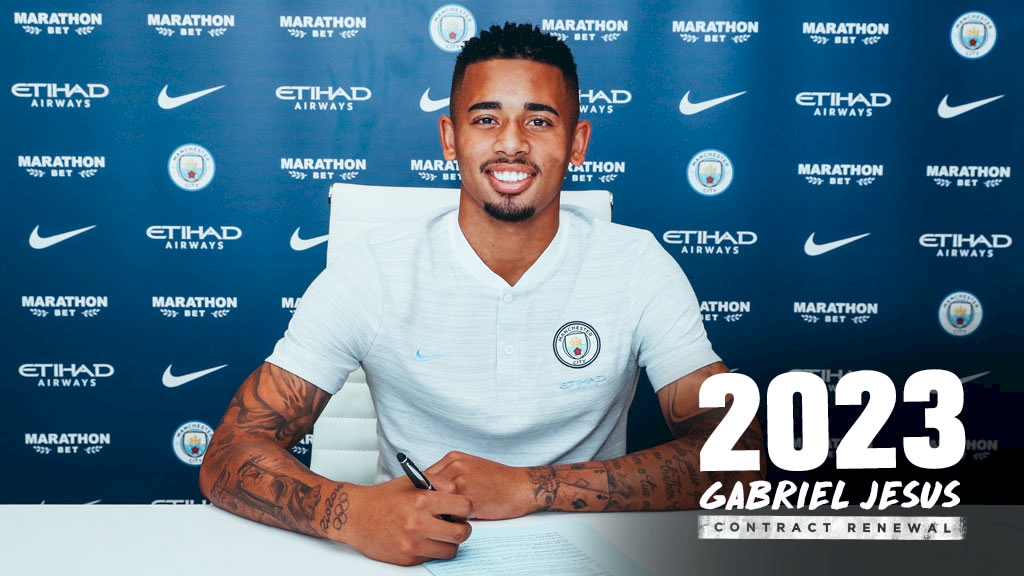 Gabriel has been influential for City since his arrival from Palmeiras in 2017 and have threatened Sergio Aguero ‘s starting spot from time to time. His extended contract will keep him at Etihad until 2023.

There were reports over Gabriel Jesus’s contact extension in June – though the Brazilian left negotiations until post World cup.

Citizens will have five more years of Gabriel Jesus and the Brazilian is poised for being City’s center of attraction for years to come.

Gabriel told ManCity.com: “I would like to thank the fans for the welcome and for how well they have treated me. I can say that it was the best decision I’ve made in my life to come to Manchester City because whilst I’m here I’m improving as a professional and as a person.

“Also thanks to the Club for being so organised and focused since I arrived. Pep had an important role in my signing, but also the Club. City is a huge Club and it is getting bigger and bigger so I just want to say thanks for everything. I hope that I can keep making the fans happy.”