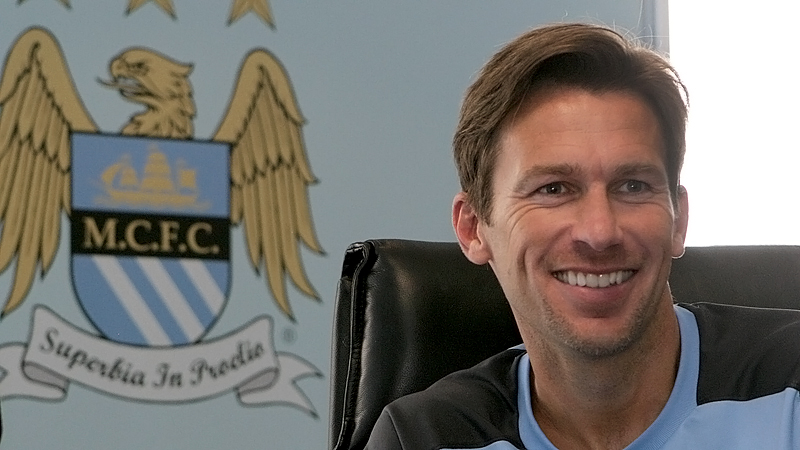 The Academy outfit lost for the first time in the league this season against The Toffees 5-3 at Finch Farm. Taylor pinpointed Gordon’s equaliser – to make it 2-2 – before the break change change the game.

City manager believes that goal knocked his players confidence and gave platform to Everton to accelerate into 5-2 lead in second-half.

“I said at half time 2-2 was probably a fair reflection,” explained the U18s boss.

“We were excellent in periods in the first half and we worked tremendously hard to get back into it. Then in last minute we conceded a goal which was avoidable.

With the likes of Rabbi Matondo called into Simon Davies’ EDS squad, Taylor selected a young side including the 16-year-old Tommy Doyle.

Giving away a couple of years’ experience to the home team, Gareth Taylor felt there were positives to take from the performance, despite losing their 100% record.

“I was pleased with a lot of aspects of the game,” he explained.

“Only three second year scholars started and we had four U16s with us. The rest were first years so we gave quite a bit away in that respect.

“But we got the challenge we want for these players. I prefer that for their development, even though it hurts to get beat, especially by that margin.

“I thought it was a bit closer than that.”

Taylor  The youngster grabbed a first half brace as City showed great resolve to fight back from Everton’s first minute opener.

“There were some good passages of play from Keke,” added the Blues’ former striker.

“We’ve been pushing him to do more, whether that’s out wide or as a No.9 and to take his opportunities when he gets them.

“I was pleased with him, not just for his goals, but because he worked hard in horrible conditions against two big centre-halves.”