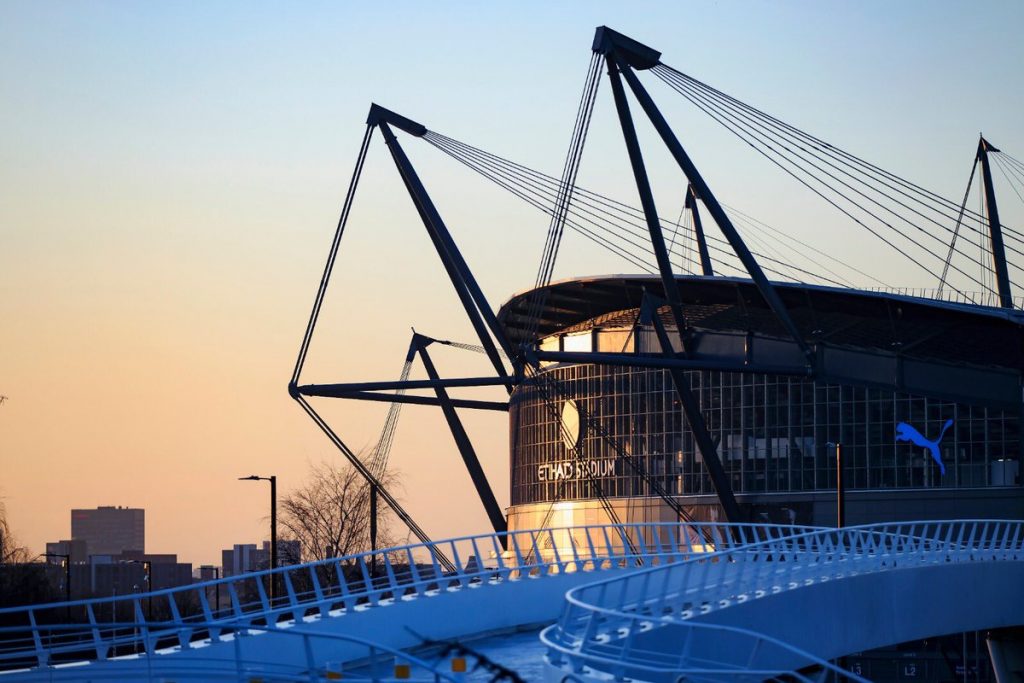 Manchester City’s youth sides intended to win whatever number trophies as reasonably expected at youth level. So where do they go now after the news that all youth football has been dropped for this season?

The Premier League reported a week ago that youth movement up to under-23 level has been shortened for the 2019/20 season due to the coronavirus pandemic. The news, naturally, came as a hit to staff and players at the CFA who endeavored to set themselves in place for a great under-18 treble, while preparing under-23 players for senior football.

Man City are maybe a special case as compared to others in youth football as they straightforwardly organize players to win titles since a young age, making them adequate mentally to play senior at the Etihad. 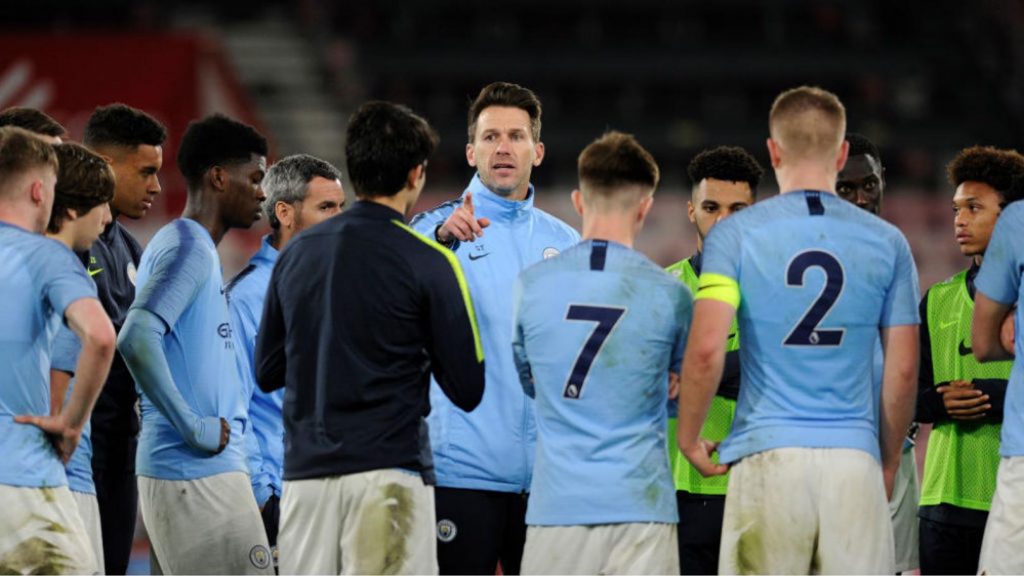 City under-18’s manager Gareth Taylor clarified this attitude when addressing MEN Sport prior this year, saying: “I always find that if you’re getting to finals and competitions when it becomes a knockout, whether it’s quarter-finals or semi-finals or finals, these are the experiences you want for the players in their development.”

“Around academy football, ‘winning’ can sometimes be a dirty word, but for me it’s a massive part of the lads’ education. By winning and getting through to a further round it creates the next part for the players, development-wise. So there’s a little bit more on it.”

At under-23 level, City would have to admit they had a disappointing campaign. The side sat eighth in the Premier League 2, firmly in mid-table with no chance of winning the top tier of youth football.

The under-18s will be more disappointed to see the season curtailed, though, as they were 12 points clear at the top of the U18 Premier League North section before the season ended. They may still be awarded the title, but they would have preferred to finish the job themselves.

They already had one trophy in the bag after destroying Stoke in the U18 Premier League Cup final by six goals to nil. A decision is yet to be taken as to whether the FA Youth Cup will be finished, with City due to face Blackburn in the semi-finals in the third part of what would be an impressive U18 treble.

It may be possible, though, that City only get one trophy to measure their success this season. However, the champions have found plenty talent for next season. 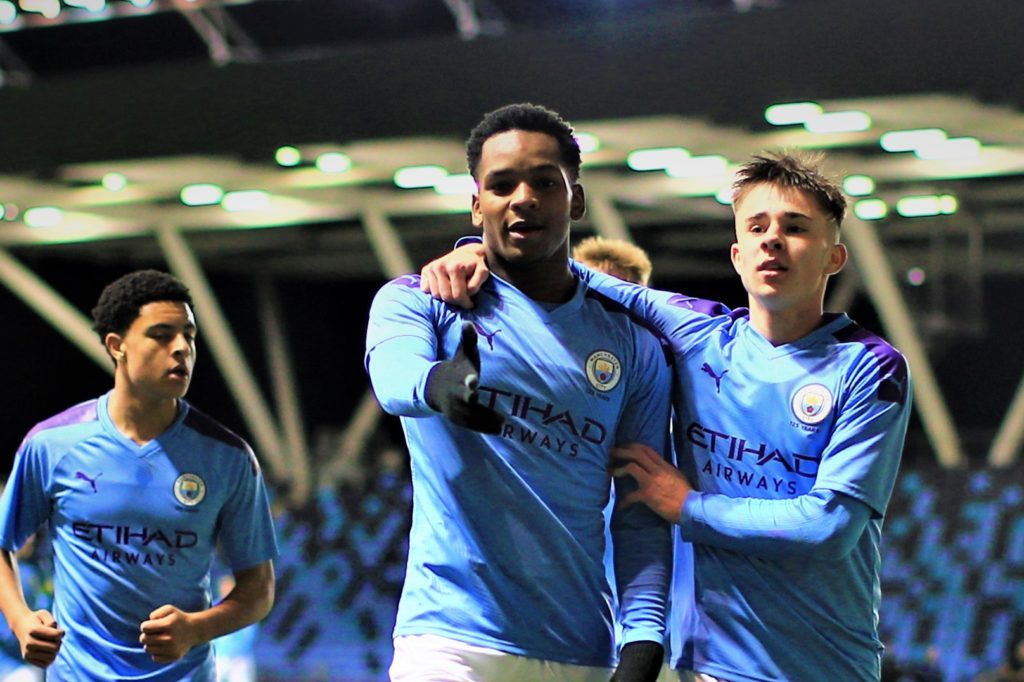 In the U23s, top-scorer Jayden Braaf has been the standout performer with his flair and eye-catching goals. He’s a confident player, and another season showing the same progress could see him trouble the first team soon.

Then there is striker Morgan Rogers, who has adapted to the City way after arriving last summer to register three goals and three assists for the U23s. It may have been a frustrating league campaign, but there is no reason to suggest the EDS cannot improve on eighth place next season. 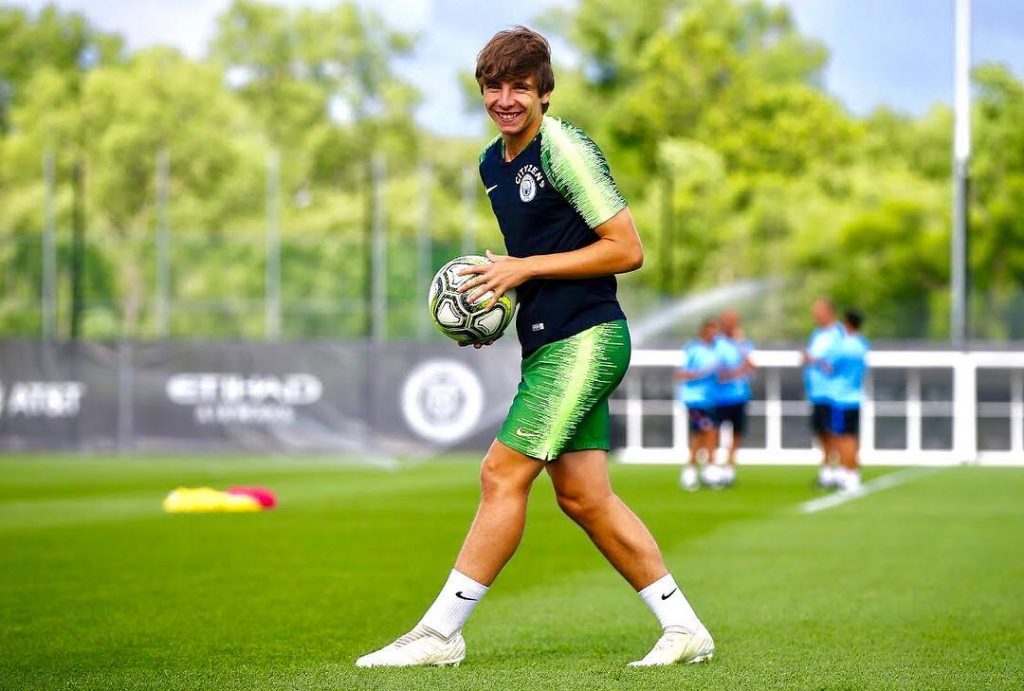 Bernabe (three goals, five assists), Tommy Doyle (two goals, three assists) and Taylor Harwood-Bellis have also used first-team experiences to continue to develop in the youth team. For a club with so much talent in the senior squad, it is a credit to these players that they have looked so comfortable among Pep Guardiola’s star players.

They are also supported by some free-scoring ability during the U18s.

Captain Cole Palmer drove the side to their sole cup win up until this point, bobbing once again from his missed punishment in last season’s FA Youth Cup last destruction to Liverpool in style, and he has a great 15 goals and five assists under his belt. James McAtee (10 goals, six assists) and Liam Delap (seven goals, six assists) were additionally on track in that cup last win and their class record is similarly as great.

The reality of the situation will become obvious eventually whether City get additional trophies to appear for their endeavors this season.

The advancement of the under-18s and forward leaps of Doyle and Harwood-Bellis should show that the foundation is proceeding to build up a gift of players into future experts at the most prestigious level.