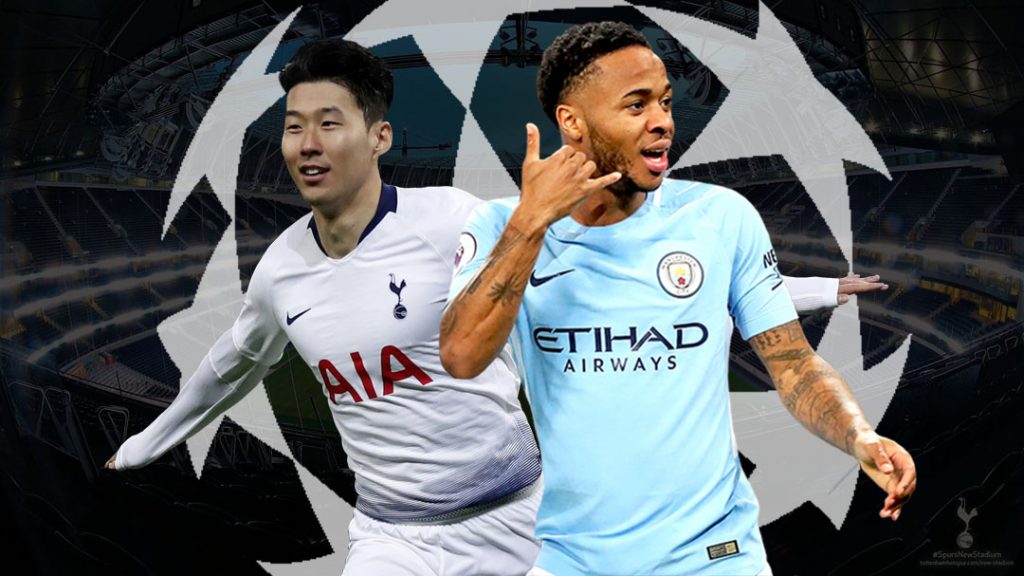 Two players who have been underrated yet have developed as most important for their team albeit being second best is Heung-Min Son and Raheem Sterling, both for their respective teams.

Both of them play in either wings and who the better of the two is can be a diplomatic topic rather than a conclusive one. The Englishman and the Korean go tooth and nail in may comparative aspects, filling in the gaps of their respective teams.

The players have been far from extraordinary this season but it will be fair to say that they are going to face the competition they haven’t faced before this season! It’s Quarter-final of highly valued Champions League, you won’t get things easy under your nose.

The Asian adopted son of London is set to feature in his most important game ever played. With wonders in the wing he has clearly taken over Lucas Moura and has become Pochettino’s preferred winger.

About to face the meanest side in Premier League, who don’t leave the ball often, the onus will fall on Son to create as many chances with as little availabilities. The weak link of Manchester City will have to be pressed on by Son with his counter-attacking skills, the only way City can falter.

The dribble of Son to get past and squeeze through City’s defence will be put into test alongside his pace on the ball. Heung-Min Son will play a major role in scoring for Spurs with his ability to cut inside the box or simultaneously shoot the ball from distance. Either way, he has to score.

The key passes of Son and Harry Kane’s positioning if matched will prove to be difficult to stop.

One of the most outstanding yet underrated youngster of English football, Raheem Sterling has finally kicked in this season, more so has been consistent in his performances for Guardiola.

About to face the most selfish defence of Premier League who seldom give you chances, Raheem Sterling will have to bring in his A game to get the better of the opposition. His run from the left flank will be crucial for City to clinch valuable away goals, as will be his passes inside the box.

The subtlety with which Sterling crosses will have to be brought again onto the pitch by the winger, which if happens will surely gain City an undue advantage in the first leg itself. The deadly dribbles and untouchable skills of this 24-year-old Citizen could be as important for the Blues of Manchester as Aguero’s finishes.

READ: Welcome To The Party – An Opponent’s View