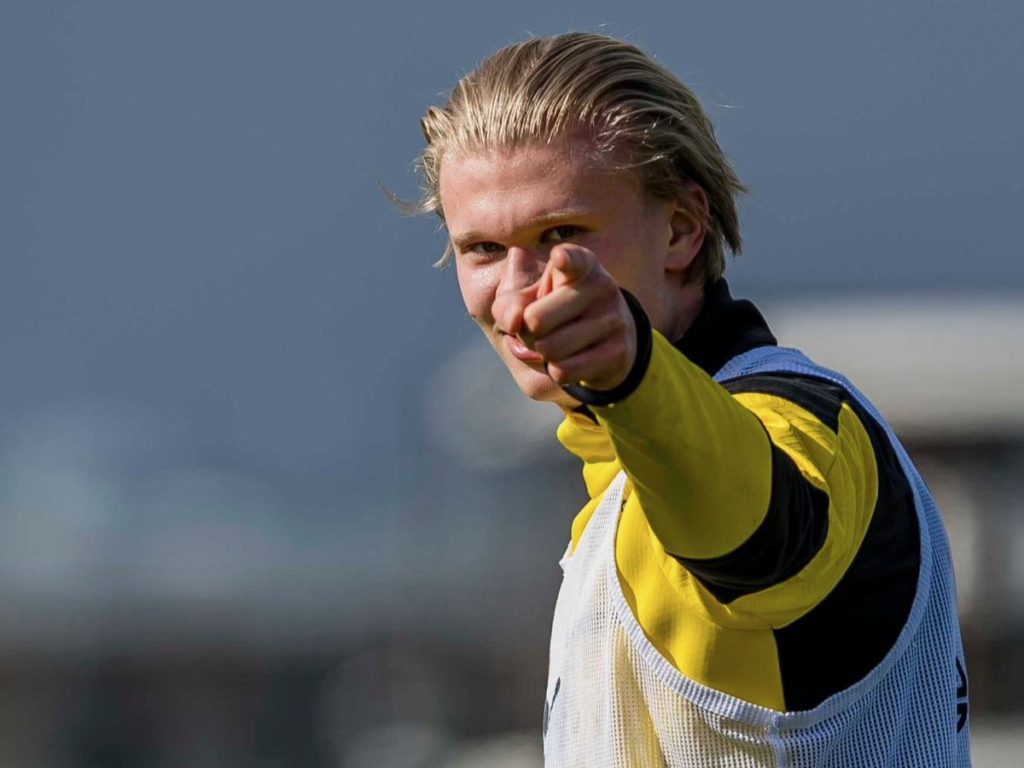 Erling Haaland is the hottest prospect in world football currently because of his incredible form. The Norwegian wonderkid has scored 19 times in 20 Bundesliga games and has matched Bayern hitman, Robert Lewandowski’s boot-for-boot.

His unreal goalscoring ability continues to carry Borussia Dortmund who has looked clueless when the 20-year-old is not on the pitch.

Teams across Europe have shown interest in Erling Haaland with Chelsea, Manchester United, Manchester City, Real Madrid and Barcelona all monitoring his growth. Haaland is expected to move on this summer after netting 44 goals in 40 games across all competitions last season.

Any club that wishes to sign the former Salzburg man will need to cough up a substantial amount of money in excess of £120m. The current financial crisis brought on by COVID-19 at Barcelona all but rules the club out of making such a marquee signing.

Manchester United has also played hardball in the past with Dortmund concerning the signing of Jadon Sancho and are unlikely going to cough up such a huge amount. Chelsea, Real Madrid and Manchester City all have the funds to bid for Haaland in the summer.

Manchester City are on the lookout for a new striker, with Sergio Aguero’s contract running down without a renewal agreed yet. The Norwegian can definitely fill the boots of the man who historically sealed the title for City in 2012 and has risen to cult hero status since then. The Cityzens will be cautious in their approach to sign a replacement for Sergio Aguero due to the financial push needed and after recent run-ins with UEFA, over financial fairplay rules.

The possibility of playing under one of the greatest modern-day coaches, Pep Guardiola, will definitely turn Erling Haaland’s head and might just have a telling influence on his final decision. Erling Haaland has scored about 75 goals since the start of last season and looks on course to break records in world football in the coming years.

Pep Guardiola knows a superstar when he sees one and adding more lethal power to an already brilliant, star-studded City squad can complete the Pep Project and deliver the evasive Champions League trophy to the Etihad.

Man City faces Borussia Dortmund in the Quarter-finals of the Champions League and the 180 minutes across both legs is bound to serve as an audition for Erling Haaland who will do everything possible to grab headlines again in an amazing season for the young Norwegian.