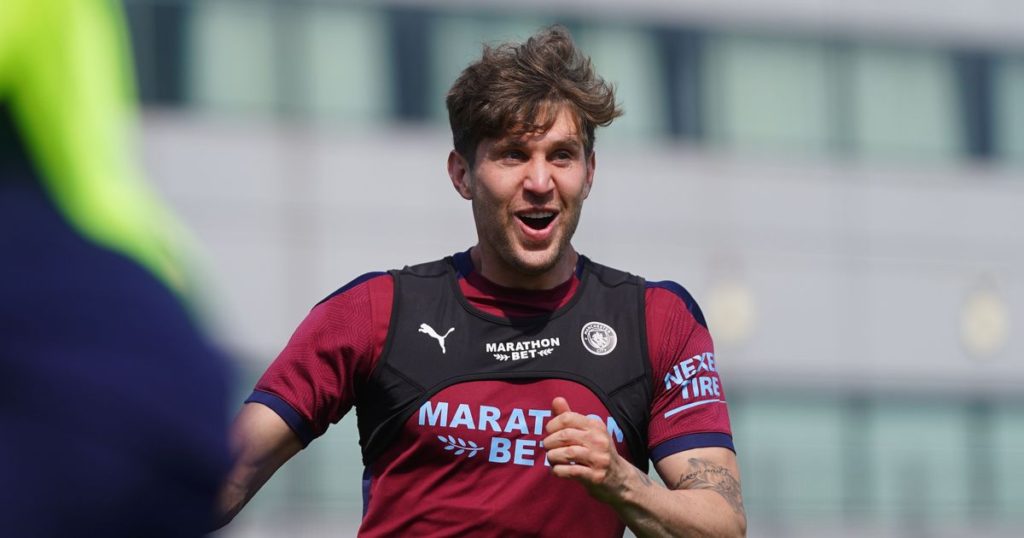 John Stones has been an influential figure in heart of Manchester City’s defence this season following a major revival, enforcing his name in Pep Guardiola’s eleven on a regular basis.

Stones was attracting interests from the likes of Arsenal and West Ham United last summer, with his employers all but close to showing the door. The breed of injuries and fitness problems compiled by lack of confidence and form pointed to the exit doors – only four years after making the record £50million move to the Etihad from Everton.

Manchester City have endured an upward trajectory of defensive fortunes since they brought in Ruben Dias. The Dias-Stones partnership not only forced Aymeric Laporte to act as a back-up but also thrived & helped Pep Guardiola to yet another Premiership.

As a result of his major revamp at the Etihad, there are reports that Stones has been in ‘advanced talks’ with Manchester City over a new five-year deal worth £39 million, which the defender will receive in the aforementioned period.

With only one year left on his current contract with the Blues from Manchester, Daniel Cutts states that the England international is set to be awarded £150,000-per-week terms.

The figure of £39 million is inclusive of bonuses and performance criteria.

Although what’d make Manchester City supporters happy is knowing that Stones is ‘desperate’ to secure this long-term deal and ‘never wanted to leave City’ irrespective of all the links and rumours.

Manchester City will face Paris Saint-Germain later today, and Stones is expected to play an important role for City in a bid for the Champions League as well as for the about-but-won Premier League.