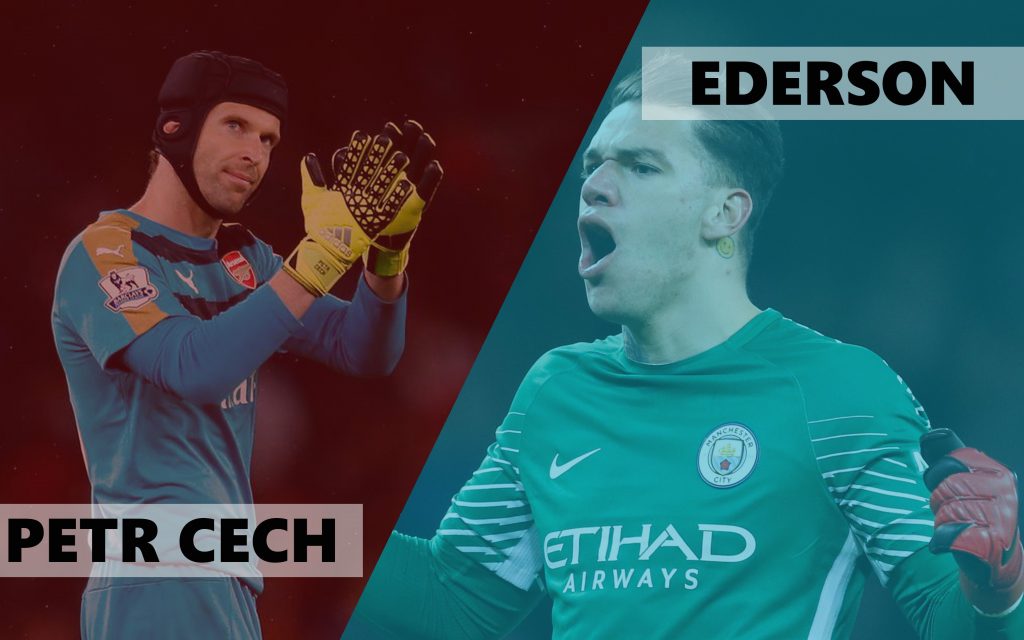 Manchester City will look to re-establish their 16 point cushion at the top of the Premier League with victory away at the Emirates on Thursday night.

Both the clubs boasts handful of big names in the team sheet and supporters will certainly look out for their favourite coming on top of each other.

And talking about big names two of the well known goalkeepers come head to head Petr Cech and Ederson Moraes. Man City Core will today analyse ‘how’ both of these goalkeepers fair, their strengths and their weaknesses.

Arsenal first choice goal keeper is one of the most respected man in the footballing world and his consistency over the years proves his greatness.

In the recent times, Cech has come under criticism for his poor performances between the woodwork but you can never rule this man out. Not only his ability with the ball but also his leadership makes him ‘who he is’.

He could be out of form at a moment but the man with his credibility can make the difference any time.

The Brazilian solid shot-stopper Ederson Moraes has shown what he is capable of. Ederson’s calmness under pressure and ability to pass through offensive lines, which has helped Pep Guardiola’s high-flying league leaders.

He have skilled feet and prefers to punch to clear.

Ederson the former Benfica shot-stopper, have appeared in 27 league matches and in 11 of them, he has has not conceded a goal. Making 44 solid saves and stopping one penalty he has been a reliable shot-stopper.

The level of the shot-stopping has made him worthy of winning a place among the best goalkeepers of the Premier League.