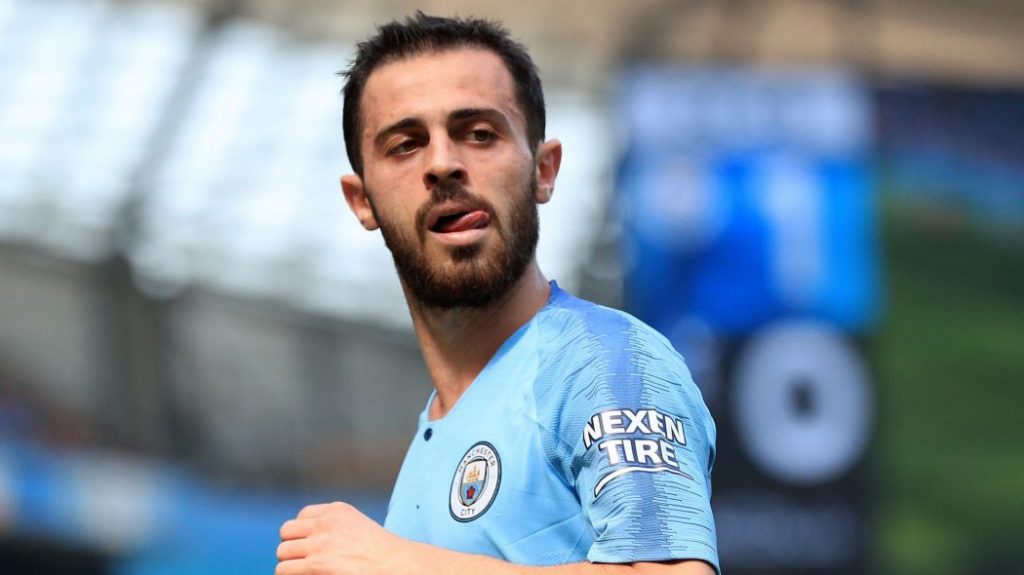 The reign for supremacy in the City of Manchester is again up the tasks. While Manchester City would want to keep their win run intact, United would want to avenge their defeat of reverse fixture. Remember the 3-2 win of United from last season that kept City at bay but only for a while. Despite the loss of City at Champions League, the Blue end of Manchester are hot favourites to cruise past their Red rivals.

But we never know right, how things can turn around in a fight of blood and honour for the players and mainly for the fans. Both the teams have a few guys that can turn the table around, the bets and the fortunes. Let’s have a look on a few of the must watch’s.

The aid to Guardiola’s wound has been the flourishing youngster from Portugal. The left-footed international was shaded by the likes of Kevin De Bruyne until last year, but not anymore.

Bernardo Silva has grabbed the opportunity with both hands, saying Guardiola not to worry about injuries of De Bruyne. In fact, Bernardo has been instrumental in City’s yet another dominating season.

With Kevin De Bruyne to miss Manchester Derby, the onus now falls on Bernardo to deliver one more time.

A treat to the eyes and a headache to the opposition, Sergio Aguero is a peach to watch. A player made for big games, Aguero in Derby will be a trump card for Guardiola to reveal. He has managed to cause aplenty problems to the opposition.

On personal front, Aguero would want to score goals and keep the fight for Golden boot alive who is being competed by Aubameyang. The experienced candidate will have to step up for the team and his personal self too.

The smashing hits of Aguero from acute angles can be a match-decider.

If you ask me to summarise the story of Manchester United in few words, I would say a team of haywire defence, unknown of the role they are asked to. If it was not for their goalkeeper between the woodwork, Red Devils would have faltered furthermore.

Trying to create his own legacy at Old Trafford, De Gea is unarguably the best player at present for Manchester United. The grunt of lackluster defence have always fallen on the Spaniard which he has handled with grace.

The win for Red Devils will depend on the number of saves the Spanish giant will make.

The class, elegance and vintage ways of Paul Pogba are evergreen and whatever team you play, you can’t discard these French midfielder who is capable of scoring valuable penalties, make headers on set-pieces and even save them in defensive quadrant.

The counter-attacking ability of Paul Pogba and his decisive passes which also include through balls will be healthy for United but more of a peril for City. The champions would not want him to repeat the derby of last year.

The form of a lifetime is what Sterling is in. The Englishman has proved to be constructive in the box and illustrative off it. The winger and is pace in the wings can mask any defence.

The dribbles and wriggles of Sterling has often gifted City with goals, fouls and even penalties. This guy has the ability to hit the ball in top corners where even a 7 foot tall keeper can’t reach.

Can Sterling be the one who enjoys to play against Red Devils and if he does there will be no stopping him.