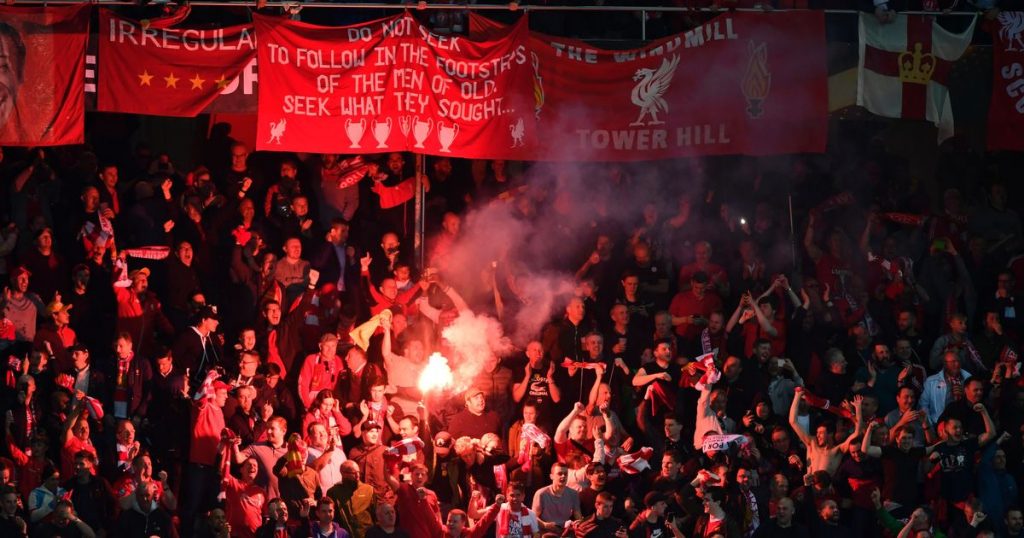 The Football World is fuming over excitement for the clash between Manchester City and Liverpool in the UEFA Champions League quarter finals.

Liverpool fans are planning to give Manchester City a hostile, illegal welcome for their team coach.

The two side meets at Anfield in the first leg of Champions League quarter final, which will be played on April 4.

And The Reds supporters are planning to gather on the streets outside Anfield more than two hours before kick-off  to organise a hot reception to the Manchester City team bus.

“We’re going to show them exactly what money can’t buy,” declares the poster. 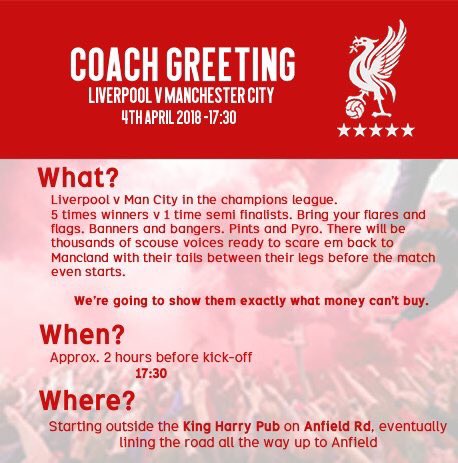 It also says: “Bring your flares and flags. Banners and bangers. Pints and Pyro. There will be thousands of scouse voices ready to scare em back to Mancland with their tails between their legs before the match even starts.”

Not something that is a completely new element giving visiting teams a hostile reception, this welcome was extended to Villarreal in Europa League semi-final nearly two years ago.

A statement tweeted by the @WeRLFC, said: “First, I do NOT in any way condone, support or would like for the City team bus to be attacked in anyway, shape or form (including throwing cans/bottles). I do NOT wish violence on any of the supporters, home or away.

“Second, I do not wish there to be a hostile atmosphere outside the ground, as some have said. I can see how the phrasing in would suggest that, but my intentions where to help create a feeling that City were out of their depth in this competition. I didn’t encourage violence.

“I’d like to stress at this point it is a criminal offence to enter the stadium with ‘pryo’ which includes smoke bombs. I would like it to be made clear that I never encouraged supporters to take them into the stadium.

“I HEAVILY ENCOURAGE and URGE anybody thinking about taking pyrotechnics to this coach greeting to read this fact sheet.”