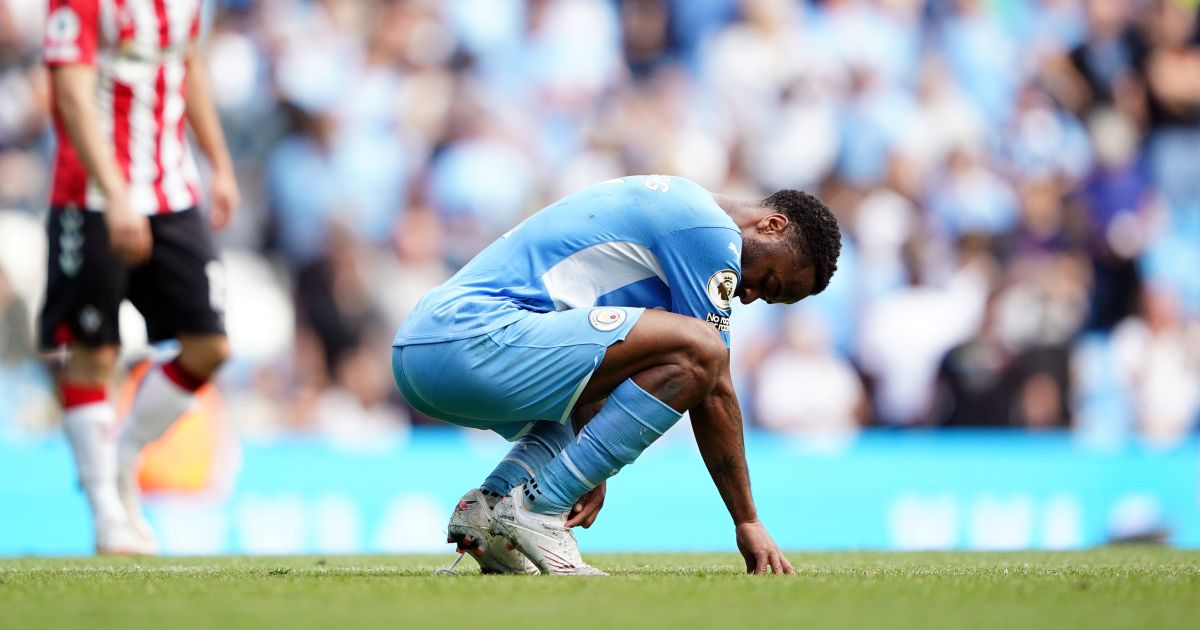 Manchester United great Rio Ferdinand believes Liverpool should make a move for their former player, Raheem Sterling. The ex-England centre-back also admitted that Man United would be interested in signing the Man City winger at the moment.

Sterling was reportedly made available for suitors by Man City in the summer transfer window. The English international scored thrice for England during the Euros

The emergence of Phil Foden and the summer signing of  £100M man Jack Grealish have put Sterling’s starting berth in some jeopardy.

Reports from Spain claim that Barcelona were keen on signing Raheem Sterling but couldn’t afford the Englishman. However, Ferdinand, a six-time PL champion with Man United, has claimed that Liverpool should look to re-sign Sterling.

Rio Ferdinand was speaking about Sterling’s decline in form at Man City after a rather unimpressive campaign the last term and insisted that Liverpool or Man United should look to snap him up if he gets available. On his FIVE Youtube channel, Ferdinand said, “If I’m Liverpool, I’d buy Sterling tomorrow … If I’m him, I wouldn’t go to Barcelona or Real Madrid right now, that’s why I said Liverpool … Man United will take him!”

Sterling left Liverpool for Man City in the summer of 2015.  He has made 200 Premier League appearances since joining the club for £44million, but recently it has been speculated that the 26-year-old may favour a move away from Etihad Stadium. He has won three Premier League titles, five League Cups, two Community Shield and one FA Cup with City so far.

Raheem Sterling’s current deal with Man City expires in the summer of 2023. However, there has been talk of a potential Anfield return for the attacker. With Mohamed Salah’s future at Liverpool still in doubt, the Reds might be looking at a suitable replacement for the Egyptian.

Ferdinand went on to explain that Sterling has the experience of playing in the Premier League but a move to La Liga might be overwhelming for the winger. Especially, since he is lacking confidence at the moment.

The former Man United captain stated, “Sterling lost confidence because he’s been taken out of the team. He was the go-to guy when they needed a goal, for so many years, and now all of a sudden he’s in the wilderness. I’m baffled by it, I just don’t understand. With Pep, he gets things right more often than not, but with this one there must be clubs sitting there going ‘let’s see how this pans out because I would take Sterling all day!”