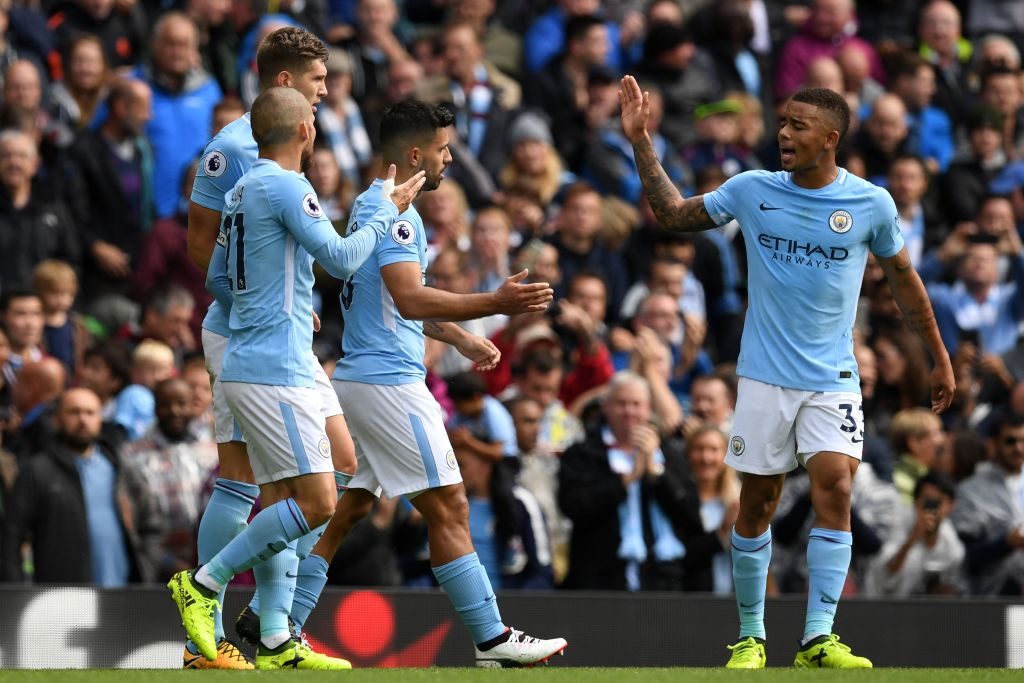 City are absolutely flying in this premier league season and are mentioning their title chances by improvising mesmerised football on the pitch added by characterized game plan by their revolutionary manager Pep Guardiola.

Arsene Wenger’s Arsenal were the latest victim of his counterpart’s coaching brilliance for they fell to an enlighten squad ready to fight all odds to grab the immiscible in May on Saturday.

As usual the Cityzens club ran out 3-1 victorious over their foe who failed to win over here in last four meetings. Goals from De Bruyne, Sergio Aguero and Gabriel Jesus put the icing on the cake and extended the gap to eight points from their nearest rival Manchester United, placed second.

Here we look at all the players performances involved in the game and rated accordingly.

1. Ederson (6): Looked cosy for most of the times but almost made a complete howler when Alex Iwobi directed a long ranger towards him. Spaces of improvement in gripping and aerial claims still remain but he is smart to learn his lesson quickly.

2. Kyle Walker (8): Never looked worn out in moving up and down the right channel and providing necessary crosses into the gunner’s box. He almost made an assist when Sterling’s effort from his pass pin balled in the six yard area and went out of the touchline. He remained positive when instructed to do defensive inclusions. 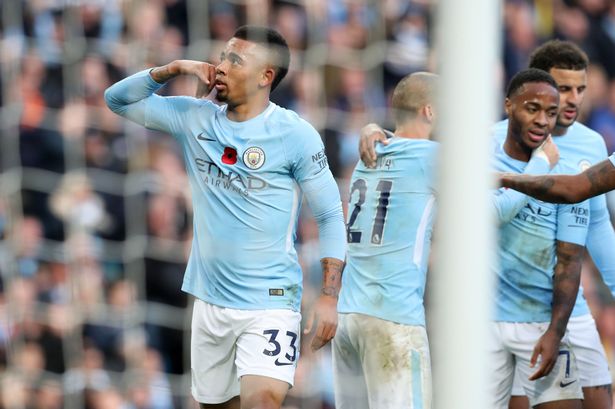 3. John Stones (7): Sometimes his defensive partnership with center back Otamendi looked spinless but he indebted a major role in restricting the Chilean playmaker Alexis Sanchez’s movement down the middle corridor.

4. Nicolas Otamendi (6): The Argentinian strength was required to clear out high balls driven inside his area of guarding otherwise he never made his presence to attain stability. He requires much more character to keep the ball rolling when City maintained high line of defense. His disadvantage allowed Ramsey to receive freedom to step forward.

5. Fabian Delph (8): Guardiola’s trump card in the left back position, Fabian is undoubtedly the perfect replacement for the injured French full back, Benjamin Mendy. He produced a matured show in his role and condemned future asking of more playing times.

6. Kevin De Bruyne (9): ‘Mr Man City’ once again the Belgian scored a vicious goal for the opener and kept Arsenal back line busy for most of the time. His masterclass passing allowed the three S- Sane, Silva and Sterling to drop into pockets and create chances to provide more damnation to the frustrated opposition. The blonde head looked tired at the end for his two attempted through later in the show would have added more dismay to Wenger.

7. Fernandinho (8): The Brazilian continued his brilliant performance in the campaign so far, playing an important part in city’s dominance over the visitors from London. His long ball, switching off Arsenal, caused Sterling’s foul in the penalty area on course of which Aguero converted from the spot. 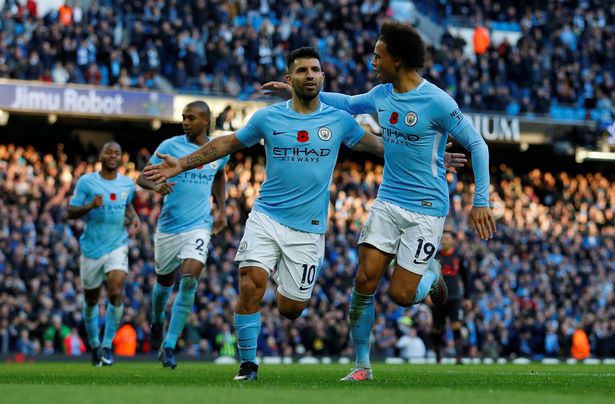 8. David Silva (8): Anchored the midfield with De Bruyne and Fernandinho caging the supply line produced by Xhaka and Coquelin. Silva’s class was never forgotten and though he is in the center of the controversial third goal ,when he provided the pass to Jesus from an offside position, that did not deemed his superiority on the control of the ball.

9. Raheem Sterling (7): Achieved the penalty kick by driving a foul of Nacho Monreal inside the box but outside of this, he did not repeated his brilliance for the last couple of games. He tried his best to get on the end of Sane’s cross in the first descent enough opportunity created by his club also failing to return back the offer to the German minutes after.

10. Sergio Aguero (6): The Argentinian center forward continued to build up his landmark of scoring goals reaching a figure of 179 after yesterday’s penalty conversion. Aside to that, he squandered a brilliant opportunity to strike early by ballooning his effort over the Petr Cech’s crossbar and was verbally absent at times.

11. Leroy Sane (8): He was the best player than everyone else the previous day. Only due to some ill fortunes on his team mate Sterling, he was betrayed of a goal and an assist but possessed serious threat not to be underestimated.

1.Gabriel Jesus (8): Scored the controversial third goal to wrap up the scoreline, the Brazilian injected stamina in his game which boosted City to move upfront after Lacazette’s scoring to pull one back. He tested Cech twice in his early minutes on the pitch.

2. Ikay Gundogan (6): Came on late as a sub so not rated inside 8 however he kept the ball flowing on the attacking third in the remaining minutes of the settled game.

3. Bernardo Silva (7): Made his 9th substitute appearance. Made as the choice from the bench, he completed the rest of the minutes in place of De Bruyne.