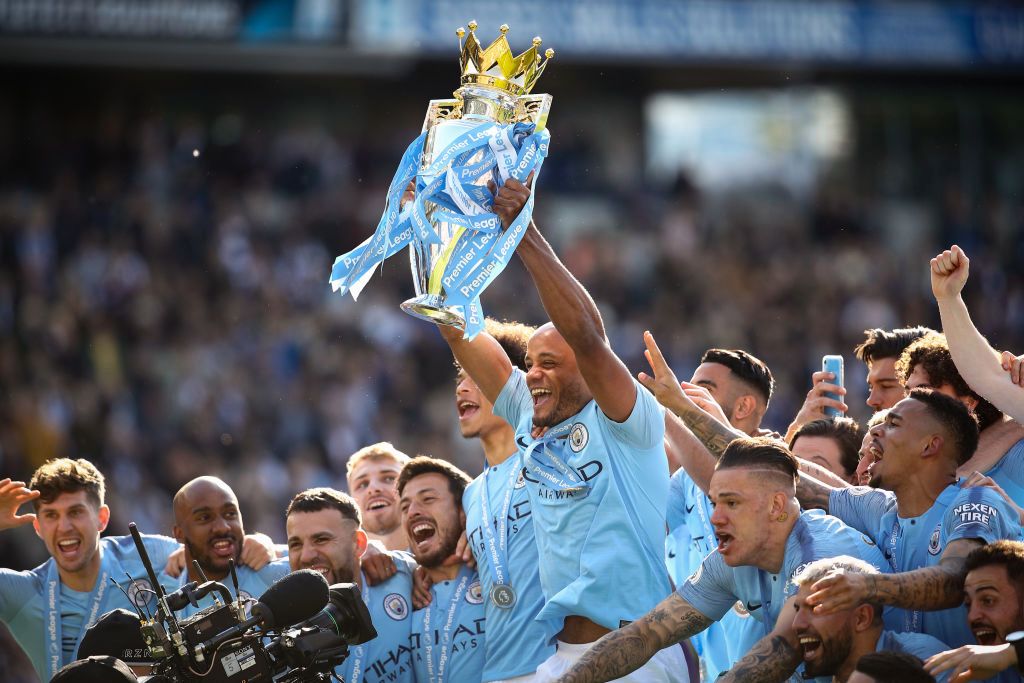 Manchester City captain Vincent Kompany has revealed that this season’s Premier League title win was the hardest fought campaign that he has ever experienced in his career in England.

The 2018/19 Premier League title remained in the blue half of Manchester as Pep Guardiola’s men cruised their way to win back to back league titles in consecutive seasons. A 4-1 win over Brighton and Hove Albion at the Amex Stadium on Sunday ensured that the party can begin in Manchester.

Manchester City had to win on the final day to guarantee that the title was in their hands because Liverpool was breathing heavily down the neck of the leaders. Jurgen Klopp’s Merseyside outfit amassed a staggering tally of 97 points in the season, which was incidentally the most number of points the club ever achieved in a single season.

But City still managed to edge the title by a single point at 98, which was just two points shy of the record they broke last year. Brighton gave the visitors a scare for their lives when they took the lead through Glen Murray after 25 minutes but goals from Sergio Aguero, Aymeric Laporte, Riyad Mahrez and Ilkay Gungodan earned City a comfortable three points and the title.

Club captain Vincent Kompany has now won three Premier League titles with the Manchester giants but has termed this season as the hardest and most satisfying of them all. While speaking to Sky Sports, the 33-year-old Belgian defender said, “I think it was the hardest and most satisfying, Liverpool were exceptional. There didn’t deserve to be a loser. But I’m so happy for the team. We’ve got an incredible desire.”

Manchester City became the first club to win back to back Premier League title since their local neighbors Manchester United achieved the feat under Sir Alex Ferguson in 2009.