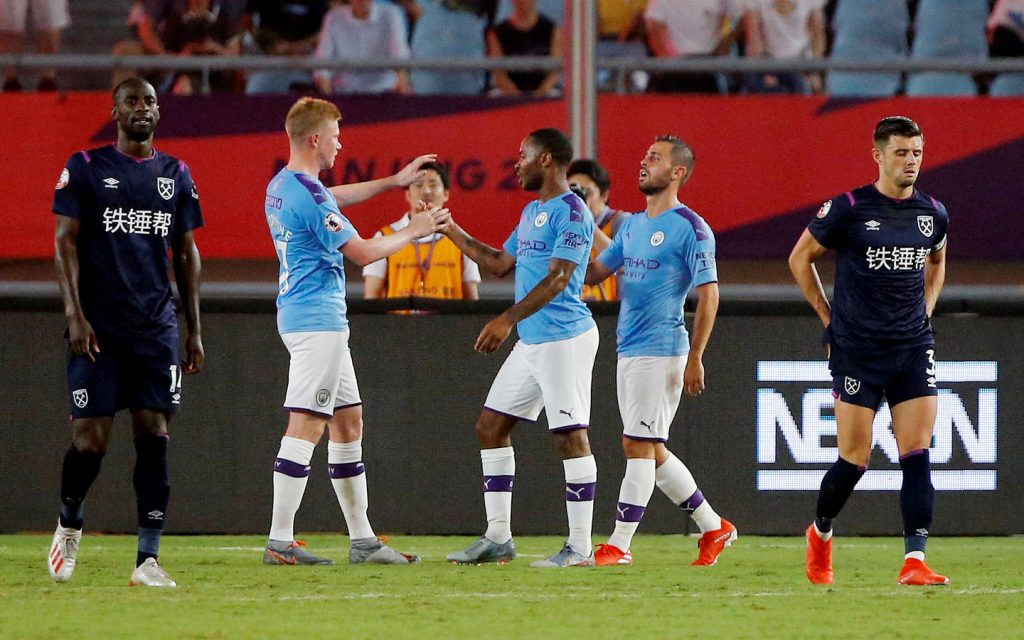 The Sky Blues of Manchester kicked off-their preseason campaign with a win at China against West Ham United.

It’s true; getting rid of an addiction takes time. For some it is easy, for some isn’t. And then there’s Manchester City who don’t want to get rid of their addiction of winning. Definitely a hand over heads/heart for a City fan.

Manchester City are closer to yet another silver, that may not be special but is surely welcomed with open hands. Defeating the Hammers in semi-final of Asia Premier League, City now play for the title.

The eye-soaking city of Shanghai will host the finals of Premier League Asia Cup between Wolves and Mancity. Thanks to a brace from Raheem Sterling and a goal each from David Silva, Lukas Nmecha that cruised City into the finals with a 4-1 victory.

The “less than half-ly built” City squad flooded with youngsters was enough to keep Pep at peace. The Manager had started with 5 youngsters and 2 debut’s for his first pre-season game; all of them pleasing him.

A cool, calm and composed penalty kick from Nmecha made it possible for the City to reach the finals that will be played on Saturday. After that, it were two Raheem Sterling consolatory goals that enhanced the nature of how victory will look in future.

New and long-term replacement of Fernandinho was as bookish as expected on his debut. Rodri was more decent than needed and less nervous than expected while playing his first game in Sky Blues shirt.

The most warming part of game was David Silva’s contribution defying his age. A wine of finesse, the Spaniard was sensational in the field as good was he in creating chances.

An on point start to the pre-season, Pep Guardiola’s infantry has touched the right chord following their third consecutive Premier League title which is more achievable and nearer than before.