Manchester City kicked off their preseason in some style as they bettered Manual Pellegrini’s West Ham by 4 goals to 1.

Mancity’s record sign Rodri made his debut for the Blues alongside academy starlet Tommy Doyle. Angelino was lined-up in the tunnel, who has confirmed by his appearance against West Ham, will don the number 12 jersey. Angelino did look vulnerable at the back but its only the first game after long summer and I’m sure things will start improving as minutes goes by.

Pep Guardiola tried out the young talent he has at his disposal and names like Adrian Bernabe, Lukas Nmecha and Tommy Doyle were highly impressive for the team Shark. 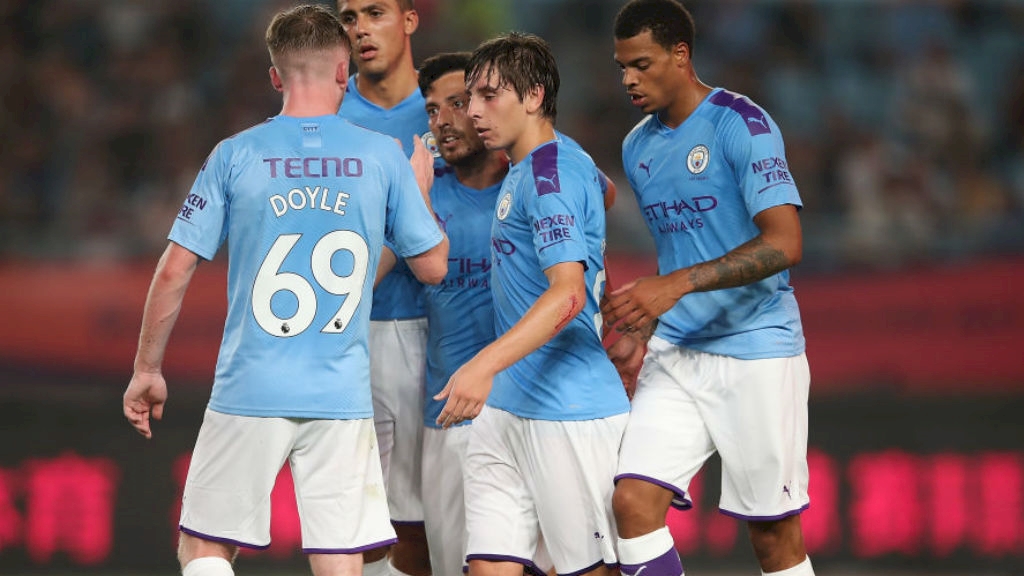 Pep Guardiola speaks after the victory over West Ham…

“We weren’t at the best level but we expected it. Tough couple of days, the travel wasn’t the best, the travel we did was not ideal. I think everybody did a good job and we need to work hard.

“I’m happy with the performance for the first game of the season. I’m maybe a little bit more tired than happy.

“That’s what we need, everybody knows the level to get to this team, the competition is high. We need that in the league.

“It’s going to be easier for me. When I played I was happy with myself but I couldn’t reach the level I reached the year before.

“We’ve got four weeks until the first league game.”