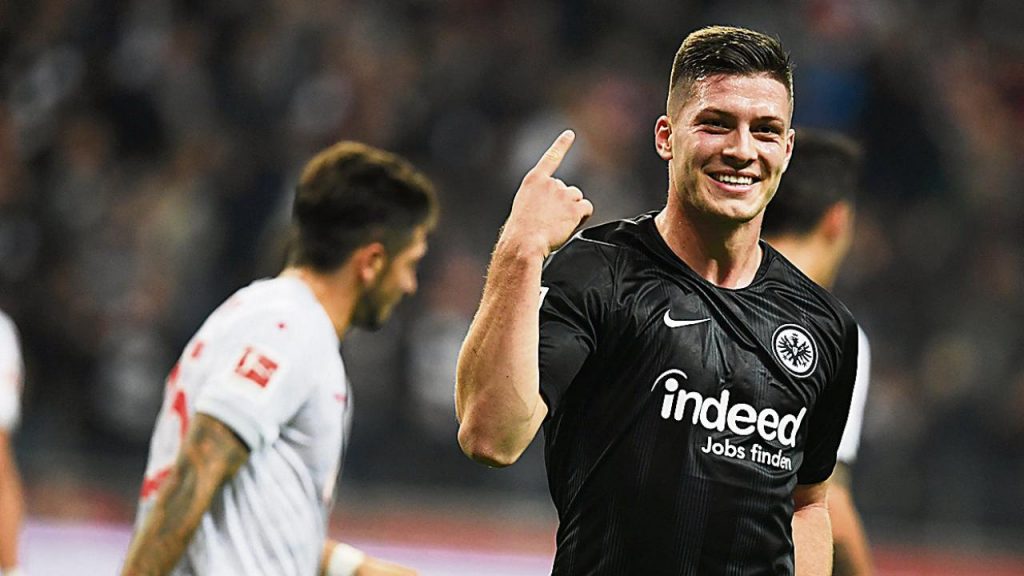 Manchester City are weighing up to sign Bundesliga’s top scorer, Luka Jovic in this summer transfer window. The Serbian international has grown up the ladder playing for Eintracht Frankfurt as a striker and has already scored 15 goals in this season’s Bundesliga.

The player has gained attraction from the scout of Barcelona and Chelsea as well who are also determined to sign the long-term prospect. Luka Jovic’s creativity and finishing ability has not only made him a top buy this summer but has also attached a speculated price of €60m with him.

Still on loan for Benefica, Frankfurt who would never want to decline such a huge amount of money for a player will surely want to sign the player for €6million (as per their clause).

The striker has scored 21 goals across all competitions this season and it will be a tough call for Pep Guardioala and Manchester City to pay €60million for a forward instead of searching a deep-lying midfielder as a long-term replacement for Fernandinho or even a left-back who can be their card while Mendy remains injured, almost always.

Whatever the case may be, the youngster has already gained millions of laurels and has been compared to footballing great Piatek which makes him an interesting prospect to look upon.

City are keeping tabs on Eintracht Frankfurt forward Luka Jovic (21). Jovic is the current Bundesliga top scorer and has also attracted interest from Barcelona and Chelsea, with the Catalans said to be at the front of the queue.