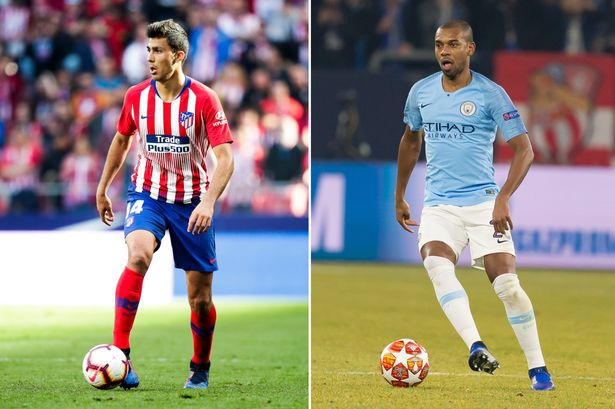 Yet again, I am here writing for a Fernandinho replacement. The ageing but young midfielder has always been the source of talking for media, thanks to his age. The 34-year-old has achieved everything already and basically has a year of football left.

Manchester City have been digging continuously since January but are yet to find a treasure, which I suppose is on the verge of being found. Rodri is the perfect find and City should not ponder a lot to make the deal permanent.

As I talk, there have already been rumours about the 22-year-old Spaniard set to leave Atletico Madrid, alongside the star players Griezmann and Oblak. The two of them are also linked with a move to Premier League.

While Rodri is certainly a top find, he should now become a priority. The Spaniard should be a done deal as a defensive midfielder on two grounds:

Number one being his age. The 22-year-old has the acumen and fate of going down as a Manchester City legend. Number two being his talent and skill set, which by my findings are the most replacement of Fernandinho and least complacent of the group that City have been scouting.

For the records, Rodri has a release clause of £72 million which Manchester City have agreed to pay. Renowned journalist Duncan Castles has affirmed the same.

“Rodri obviously has a firm offer from Manchester City to join them and the expectation amongst football is that he will go to Manchester City, with the club paying his €70m [£62m] release clause,” Duncan Castle said on The Transfer Window podcast.

In Rodri, I see a definite Fernandinho replacement, but the inevitable question is whether or not Pep Guardiola pokes the board of Manchester City to sign a traditional defensive midfielder rather than going for a striker; a position which is flooded with talent on bench.