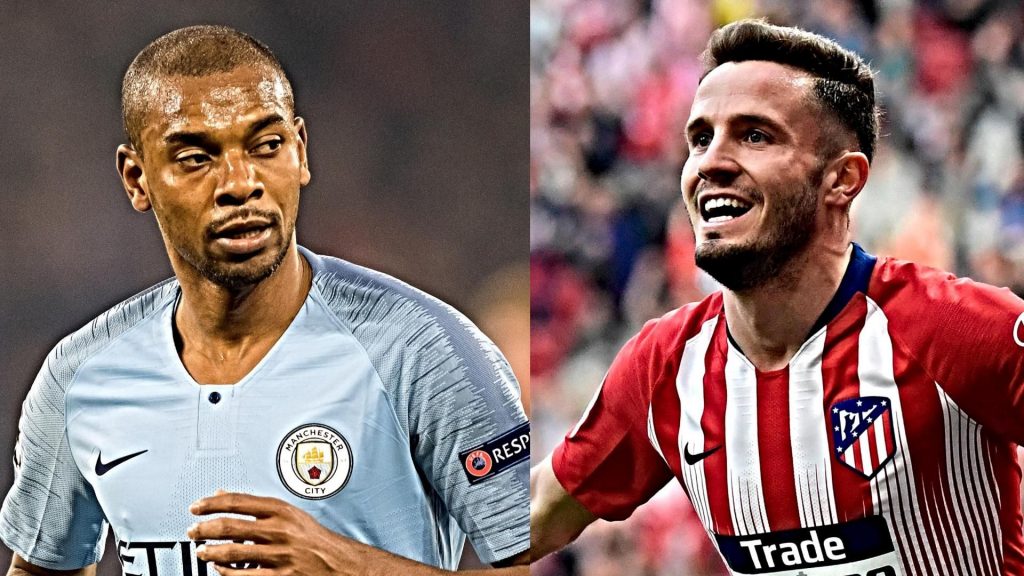 Presently, Fernandinho is regarded as the best defensive midfielder in the Premier League because of the contributions that he has made as opposed to his subtle need.

With his time dripping away, Manchester City midfielder will also lose his bragging rights as the best with a better substitute that City has scouted in Saul Niguez. The supposed to be major issue now seems to be resolved for the Blues of Manchester.

The way Fernandinho has woven attack and defence together with his defensive attributes and offensive game sense, let’s have a look on how successful will Saul be in the same. Some facts according to FIFA 19 will be resourceful.

Here’s a list of similar attributes with Saul’s on the left side and Fernandinho’s on the right.

The heading accuracy and finishing ability in the attacking third edges it for the Spaniard over the more experienced Brazilian.

In terms of technical capability, Saul wins it again owing to his better ball control and dribbling skills.

Safe to say it as a nail-biter, yet it is the Spaniard who goes over the Brazilian for the third time courtesy Saul’s agility and better acceleration.

Come on you Saul, how in hell are you not in City with all these scores, the Spaniard does it again in terms of Power; more stamina and better long shots takes him through.

No Saul, you can’t beat Ferni in mental attributes, however the Spaniard is as good as our man with a better vision and composure.

For all of Saul’s ability, the youngster is no way in league of Fernandinho’s defensive strength.

According to FIFA 19, Saul has much more varied skill set with a lower defensive ability, the only segment that may pause his way to England, nevertheless, the Champion Guardiola will have a task in his shoulder and if he successfully trains him in defensive quadrant, Saul will surely be the better Fernandinho.