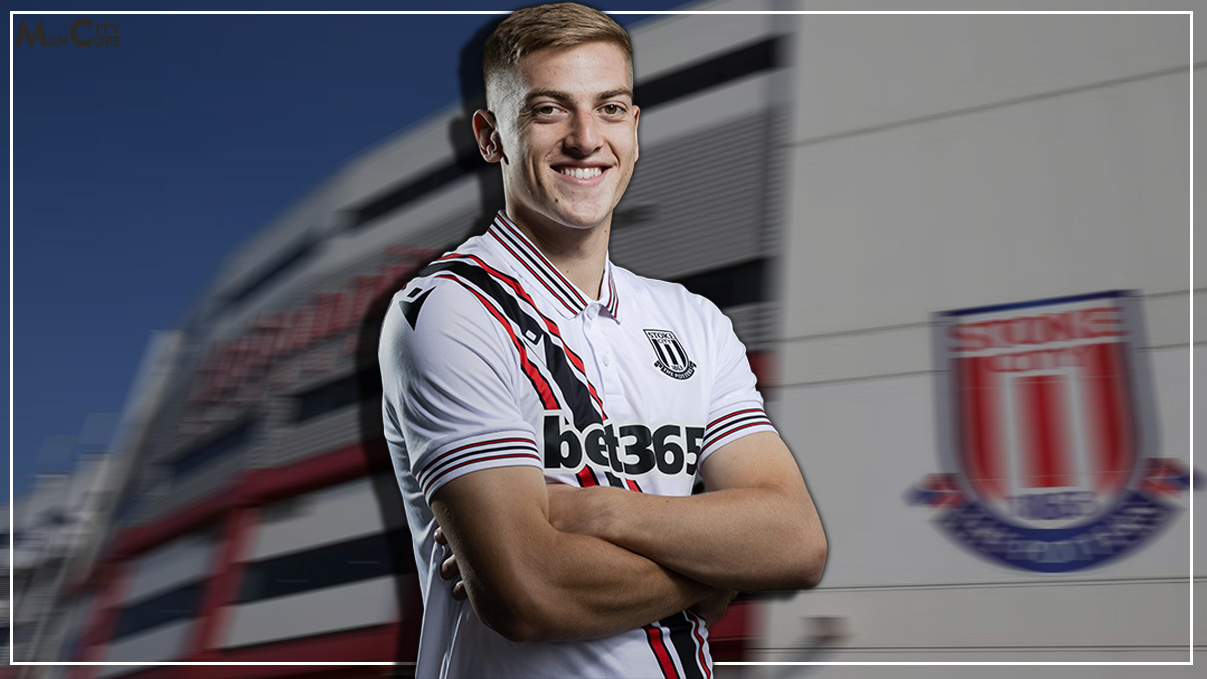 Manchester City youngster Liam Delap has signed for Stoke City on a season-long loan. The 19-year-old is a highly-rated striker but had an injury hit campaign last year and had limited playing time for the first team and the U-21s.

Delap has been praised for his quality and ability, which explains the club’s decision to sanction the loan move. In the words of many pundits, Liam Delap has become too good for U-21 football. The move will give the former Derby County man valuable first-team minutes that will build on the experience gained at Man City over the last two years.

As a number 9, he has a powerful presence up front with a keen eye for goal. For a striker, Delap seemingly has a mix of physicality and technicality that allows him to mix things up when leading the line. He is relatively comfortable with receiving the ball to his feet and taking on defenders in and around the penalty area. Liam can definitely improve on his discipline, after receiving bookings with the junior teams at times that were unfortunate.

Despite being injured last season, he managed 8 goals in the PL2 from just 10 games. He could make his debut for Michael O’Neill’s side this weekend.

And we can’t wait to see you in the stripes 🔴⚪️