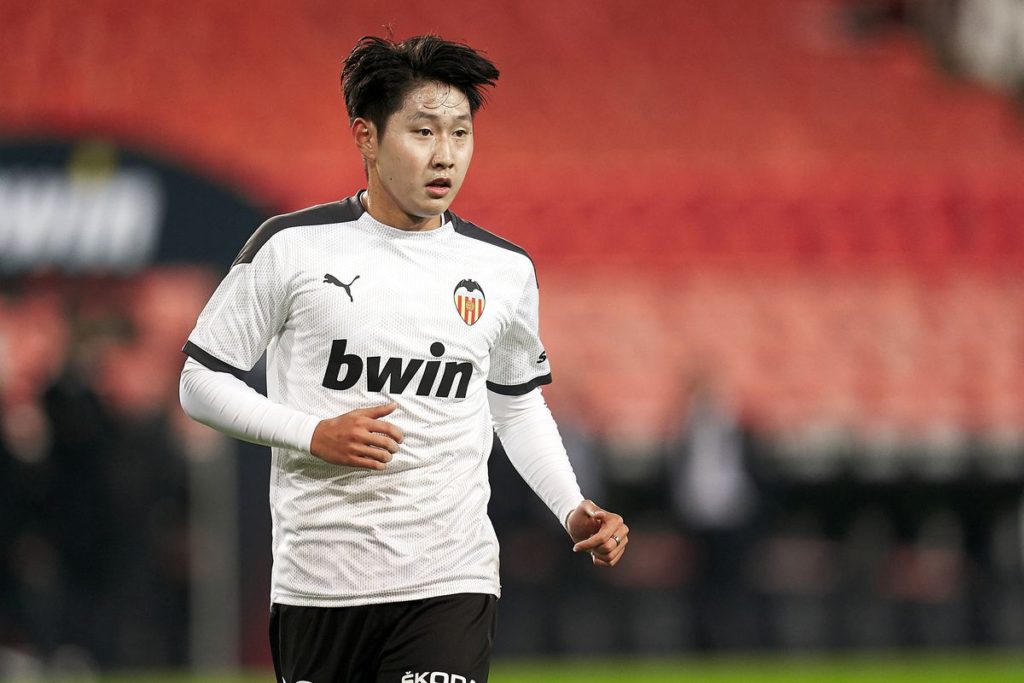 Manchester City are on the lookout to make a move for South Korean youngster, Lee Kang-in who is currently tied to a contract with Valencia.

Several speculative reports from both Spain and England suggest that City have marked Lee as one of their potential targets as the club are targeting to bring in young and exciting talented players.

Kang has played eight times for Valencia this season, with reports claiming that he is fed up with the situation at the club and is pushing for a move away from Spain.

The midfielder is no longer willing to sign a contract extension on his current one, which keeps him at the club till 2022.

It is clear that Valencia do not want a repeat of the Ferran Torres situation where the club had to let go of the youngster on a very cheap fee in the summer, and are determined to cash in on the South Korean in the winter transfer window.

Kang’s former teammate, Ferran Torres who now plays for Manchester City, was asked about Lee’s current situation at Valencia, “I love him a lot and he knows it. I’ve helped him a lot and he’s going to be a great player. I hope they don’t make the same mistakes they made with me. He needs love and trust because he’s been through hard times and has felt alone.”

The 19-year-old was a star performer for the South Korea U-20 football team in the 2019 FIFA U-20 World Cup held last year, where he led his team to the outstanding runners-up finish in the Cup. The midfielder picked up two goals and four assists in the seven games he played, and was rightly awarded the Golden Ball award as the tournament’s best player.

He remains a highly bright prospect and will no doubt get better if he does make the move to Manchester City. Surrounded by the likes of Kevin De Bruyne and Bernando Silva, Kang-in Lee could develop and emerge as a real star for Manchester City.