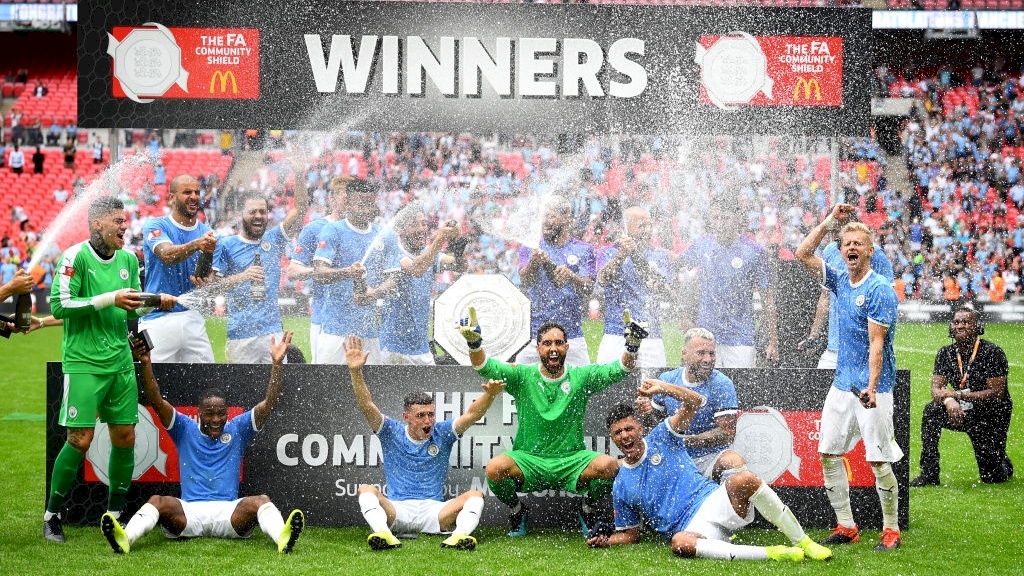 The Champions pounced with all their paws yet again to cruise past their present era rivals. Yes, Manchester City won the Community Shield against Liverpool after going into the penalties; their third consecutive Community Shield trophy.

A near perfect evening for Manchester City. A couple of moments were baffling but the eventual Champions held their nerves until the end cruising past Liverpool with a 5-4 win in penalties. It was another Pep Guardiola day in English football that was coupled with decent Wembley squad.

The two teams were equally efficient in their own ways but City’s lead in the 12th minute of the game announced their dominance. Matip’s goal did bring Liverpool back in the 77th minute and were able to capitalise on as they created a handful of chances in the closing stages.

There was one chance in particular that many wearing red would have thought went in. In the 93rd minute of the match, Otamendi made a mistake which gave ball to Salah, who headed the ball into the empty net. However, Kyle Walker came running, and managed to get back in time and acrobatically clear the ball off the line. With that the match gone into the penalties that was excelled by City.

Kyle Walker. What a save.

Both the teams were equal for more than half-part of the game but it was a save in penalty shoot out that decided the match. The loss, however, has only intensified Klopp’s willingness to win the Premier League title.

“The least we deserved was the equaliser. One save decided it and I cannot be disappointed. The performance was much more important today than a win. We know we are still here; we can still play proper football.”

“In the first half we could have adjusted better, but we had chances as well. In the second half, we changed a few things, we wanted it and, in the end, it was a little bit lucky. Congratulations to City.”

A lot of hard-writing stuff is done. Now as a City fan, I would congratulate the champions who I knew are invincible and would have been the winners. Tonight was brilliant and so will be the weekends to come. If there’s anything as a Cityzen, I would only be waiting for Friday’s/Saturday’s or Sunday’s.

That’s it! All the weekdays, we’ll be there supporting and following our Blues.