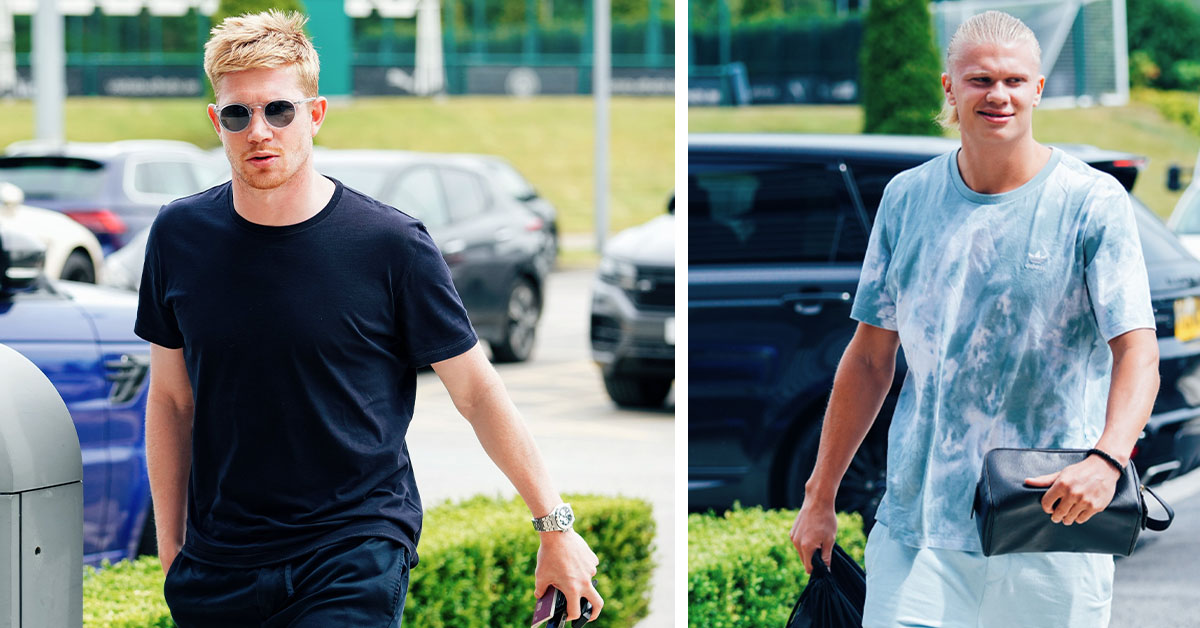 Manchester City’s stars have returned to the City Football Academy (CFA) for the start of pre-season. This comes nearly seven weeks on from their dramatic final day title win. All first-team players and other academy players have reported in order to prepare before the team flies out for the tour of the USA.

Man City will have a number of sessions in the gym and on the field this week as they get in shape for the pre-season. Pep Guardiola and his side fly out to the United States on Saturday, where they will face Club America and Bayern Munich in their only pre-season games, before returning to England for the crunch Community Shield game with Liverpool a week before the league kicks off.

New signings Erling Haaland & Julian Alvarez alongside Ruben Dias, Ilkay Gundogan, Bernardo Silva, Aymeric Laporte, Ederson, Kyle Walker, Riyad Mahrez and Kevin De Bruyne all reported on the first day of training. Kalvin Phillips missed out on the first day due to illness. It remains to be seen whether the former Leeds United man will recover in time to fly out with the team. Nathan Aké who is reportedly interested in joining Chelsea also reported to the CFA.

A number of academy players will also join the first team, in a bit to get a spot for the 2022/23 season.