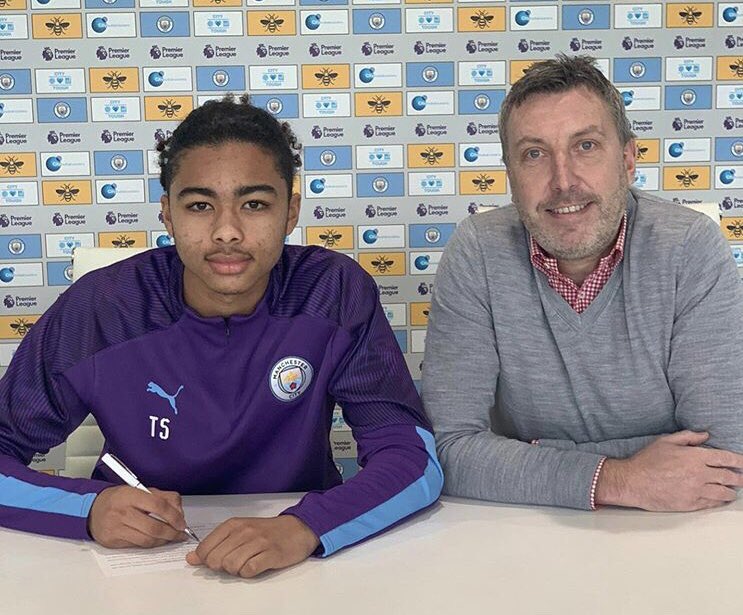 The young centre-back had been on a trial with the scouts of Manchester City and impressed the lot with his footballing acumen. The Nigerian born defender is dubbed to be the Vincent Kompany’s heir.

Man City bought him from Leicester Under 18 academy for an undisclosed fee. Gdabedo has made 11 appearances for the Foxes under-18 squad with his last appearance coming for former English champions in October.

After moving to Manchester City, the youngster could not curtain the level of his excitement and took on Instagram at the earliest to announce his signing. The defender shared his photo to announce the beginning of a new career.

“I’m so happy to announce that I’ve signed for @mancity,” Gbadebo wrote on Instagram. “Thank you to every one that has supported me on my journey so far. This is only just the beginning!”

As a youngster, Gdabedo also spent time with Crystal Palace and Watford academy before making a move to East Midlands.

Gdabedo is a Nigerian born footballer and is still available to play for either Nigeria or England at international level.

The 17-year-old is a product for future and is dubbed to be the Virgil Van Dijk in the making. If true, Manchester City have yet again swooped a smart deal from the Foxes.