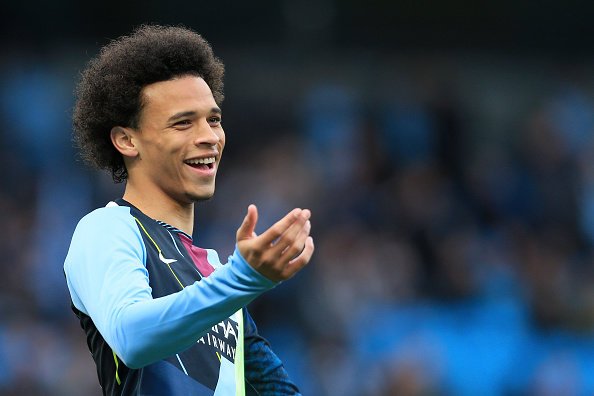 Sane arrived at the City of Manchester back in 2016 for a transfer fee of £37 million from Schalke and has risen to the hype that everyone created around him. The flying winger has helped Pep Guardiola’s side win back to back Premier League titles as well as two consecutive League Cup triumphs.

However, this season Sane managed to start only 21 Premier League games due to the emergence of his fellow teammates. The 23-year-old attacking midfielder still notched up 10 goals and 10 assists but Guardiola revealed the reason behind Sane’s lack of regular football.

Manchester City’s strength in depth means that Sane would be fighting an uphill battle to regain his starting berth and the Spanish boss wants him to take that leap which will transform his game to the next level.

Raheem Sterling was a phenomenon this term and Bernardo Silva filled in the boots for Kevin De Bruyne admirably. Even Phil Foden stepped up his game and Ilkay Gundogan proved why he should be playing every week for the Citizens.

Now Bundesliga champions Bayern Munich are keeping close tabs on Sane after his talks of a contract extension with Manchester City have hit a stumbling block. The Bavarians are going through a transition phase with Arjen Robben and Franck Ribery set to leave the Allianz Arena in the summer for new recruitments.

Niko Kovac’s Bayern could certainly do well with the pace and skill of Sane and reports claim that the Germans are already in the race to sign the 23-year-old attacker in the summer after being given permission to hold talks with his agent.

Sane could play Champions League football on a regular basis with Bayern Munich and return to his homeland which would be a lot more comfortable for the youngster.