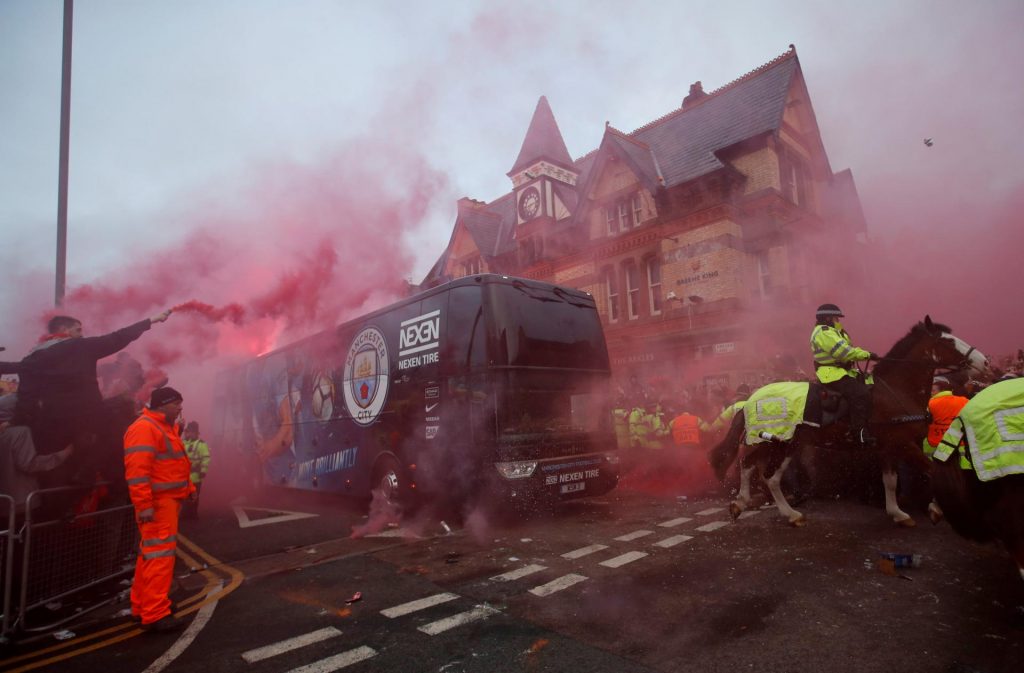 The route taken by Manchester City to Anfield on Sunday is being kept secret to avoid the violent scenes which greeted their team coach last season.

Manchester City have held series of talks with Merseyside Police about the measures to avoid the nasty scenes of last season’s shocking bus attack.

Merseyside Police say City bus will be protected, with more uniformed officers lining the streets around Anfield before kick-off on Sunday.

The game between Manchester City and Liverpool kicks-off at 16:30 BST on Sunday, with City top of the Premier League and Liverpool in second. 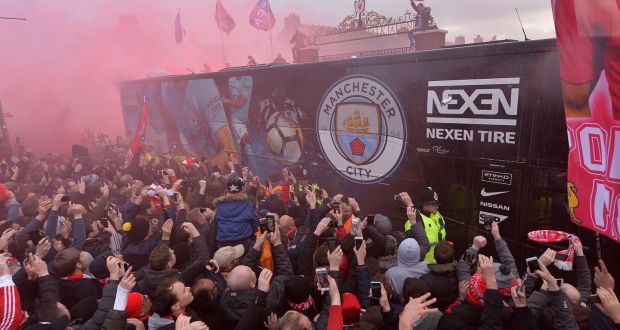 Superintendent Dave Charnock said: “As with any match, we have prepared a comprehensive and appropriate policing operation ahead of Sunday’s game and have liaised with both clubs and their supporter groups.

“This will ensure this game can be enjoyed safely by all as well as minimising any disruption to local residents and the roads, and everyone involved is working hard to ensure there is no repeat of the events that occurred outside Anfield before the Champions League fixture between the clubs in April.

“There will be additional officers on duty at the ground, both uniformed and plain clothed, and we will have a city centre policing plan in place throughout the day.”

“We have worked with the Giants event organisers and are deploying extra resources to ensure both match-goers and visitors to the city are kept safe and to smoothly facilitate the movements of those travelling to and from the game, as well as visitors attending the Giants event.”