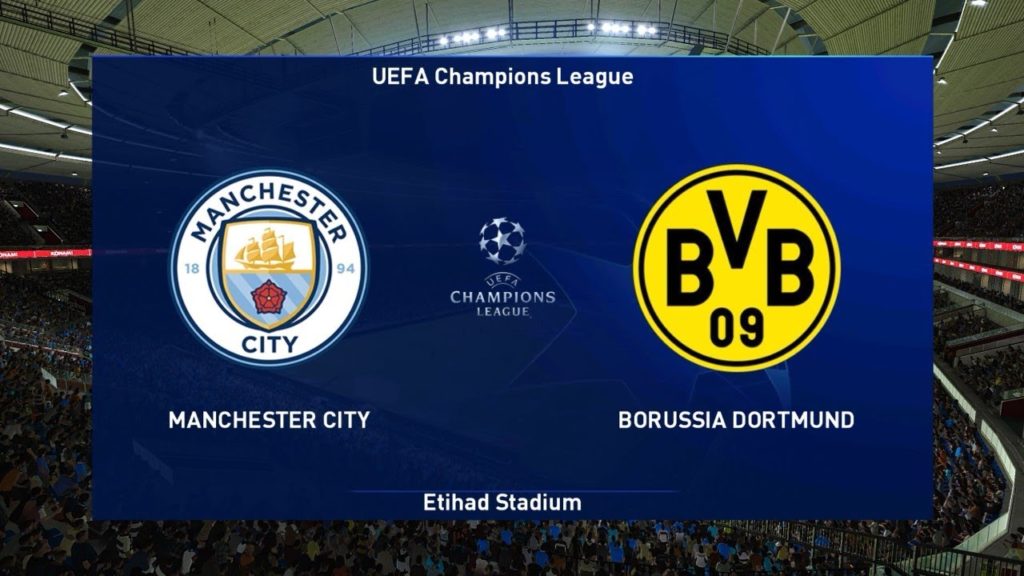 Tonight, Manchester City faces another German opponent in the knockout phase of this season’s UEFA Champions League. Last time out City triumph over two legs against Borussia Mönchengladbach and now come up against Borussia Dortmund.

This Quarter-final tie is important to the City’s chances of progressing beyond the round of eight stages this year.

Guardiola is once again blessed with a fully-fit and available contingent for the first leg, but Joao Cancelo and Fernandinho will both miss the return leg if they play and pick up a booking on Tuesday.

For Dortmund, Arsenal-linked defenders Dan-Axel Zagadou and Axel Witsel remain out. Former City starlet, Jadon Sancho also misses out due to a thigh problem but is expected to be declared fit for the second leg. Erling Haaland also faces suspension if he picks up a booking tonight at the Etihad.

Manchester City sailed through the round of 16 with relative ease against Gladbach but won’t have the same luxury against Dortmund. They will need to be at their very best in order to come away with something on yet another important UCL night.

City’s defence will be faced with a completely new threat in the form of Erling Haaland who keeps tearing the best apart for fun. On the other end of the field, City’s goal threat continues to loom and it could be key to their success on the night. Kevin De Bruyne continues to pick up the form and will be looking for more of the same when the two sides take to the field.

Borussia Dortmund comes into this game in poor form as they sit 7 points off Champions League places in Bundesliga. This tie is almost the defining moment of their season and the talents within the team must step up. Dortmund’s bosses would have done everything to psyche the players knowing that Europa League will definitely see them lose Erling Haaland and Jadon Sancho. They will hope their seven game unbeaten run on English soil can continue tonight.

Erling Haaland is the man to watch for this game. The Norwegian is having the time of his life and knows that he can claim another scalp while auditioning for one of his suitors. This tie will be closely fought across the board. This first leg is seen as the chance to make a statement and both sides will look to do just that.