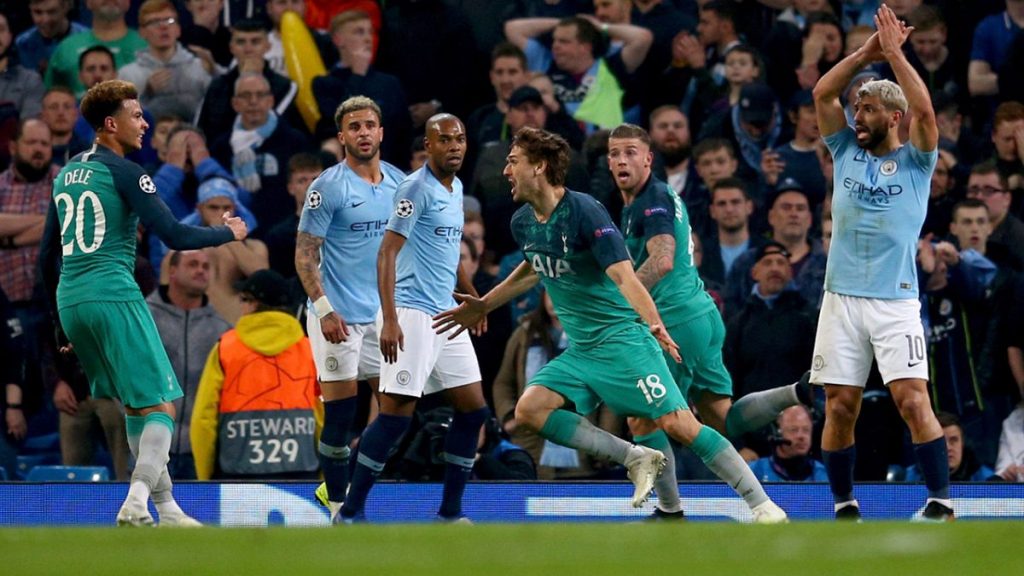 This will be the third game between Manchester City and Tottenham Hotspur in the span of 2 weeks and we have already experienced tragic turnarounds coupled with unprecedented happenings.

The hopes of winning a quadruple have now turned into a relatively disappointing week of chasing the Premier League. A major setback of the campaign for City, this home match against Spurs is extremely important to avoid this campaign worsening up.

This time we won’t give a happy trip back to the Londoners. The Saturday lunchtime will have to be fed on Spurs lose because the taste of victory is all we want.

City have a derby waiting on their shoulder but also need to win all their games, meaning they will have to play with their best XI.

Probably and should be, the heart of Manchester City, Fernandinho will be back in the playing XI after serving his injury. The likes of Leroy Sane, John Stones and Otamendi can find their spot in starting XI.

The lifetime form of Raheem Sterling and big game players, De Bruyne as well as Aguero make them must.

As for the visitors, they are still without their talisman force Harry Kane, which gives Lucas Moura and Heung-Min Son a chance again to step up. The good form of Spurs will make Pochettino reluctant of making any changes from their last XI.

Manchester City may have lost the semi-final tie but the last three Premier League meetings between the two has all been in the favour of Manchester.

Spurs have never won at Etihad in their last 8 visits, barring a game, which makes it heavily likely for City to succumb the opponents.