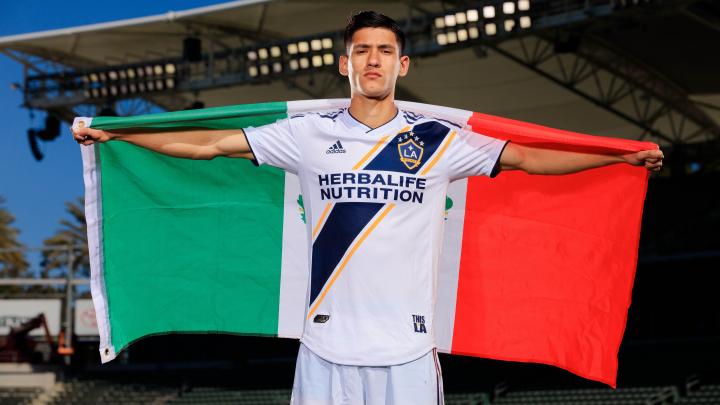 FROM seeing his Seeing his loan at FC Groningen cut short six months early due to a lack of game time, TO impressive performances at LA Galaxy – Manchester City loanee Uriel Antuna is having a roller-coaster of a year.

He is expected to remain in United States until the end of December and the Mexican has notched couple of assists in his first eight games and taking a dig a Groningen, he believes LA is far better for him than Netherlands ever was.

Manchester City signed Uriel Antuna  from Santos Laguna back in July 2017, sat down with Marca Claro, as he explained feeling more confident to do things since moving to LA Galaxy & MLS. And on top of this, Antuna has a huge ambitions going forward…

He said: “I have no limits for where I want to be. I want to be one of the best players in the world. Getting to the top level isn’t enough. I always want more. I never give up.”

And talking about his future, he confirmed he is expected to stay in America until the end of the calendar year, when they would get an option to make him stay an extra 12 months.

For now: “I’m happy, I’m playing. We’ll see what opportunities next year will being. If God wants [him to return to the Etihad], why not? One of my objectives is to return to Europe.”