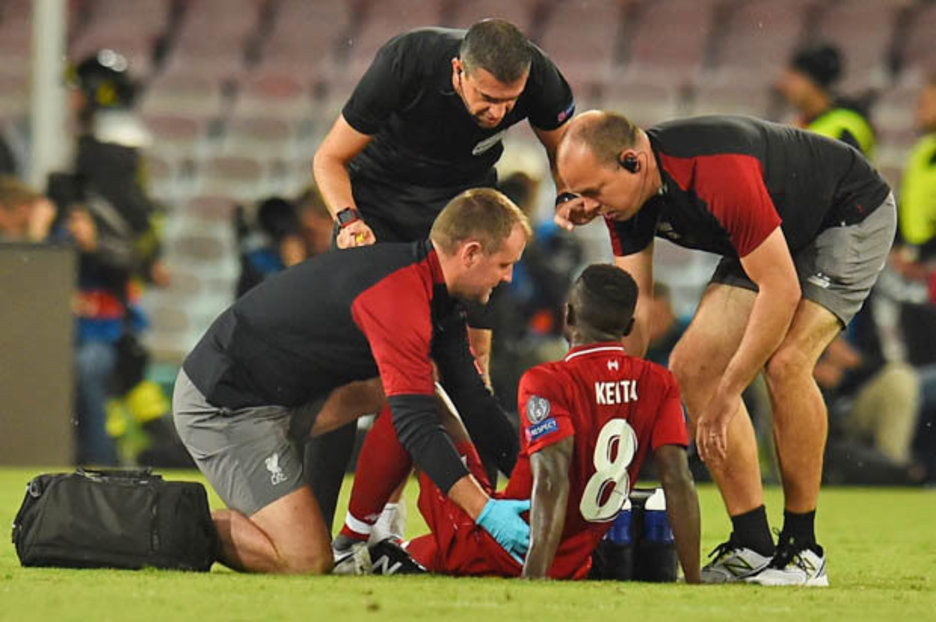 Naby Keita, who made his debut in the Champions League for the club was taken to hospital near Stadio San Paolo on Wednesday evening during the first half with SSC Napoli.

Naby Keita started the game at Stadio San Paolo but lasted only 19 minutes before going to ground and then was stretchered off.

But after tests, Guinea midfielder was cleared to return to the team hotel, and will fly back to Anfield with the squad on Thursday.

In the post- match conference, Jurgen Klopp admitted: “Back problem, that’s what I heard.

“We don’t know anything yet. We will have to wait.” 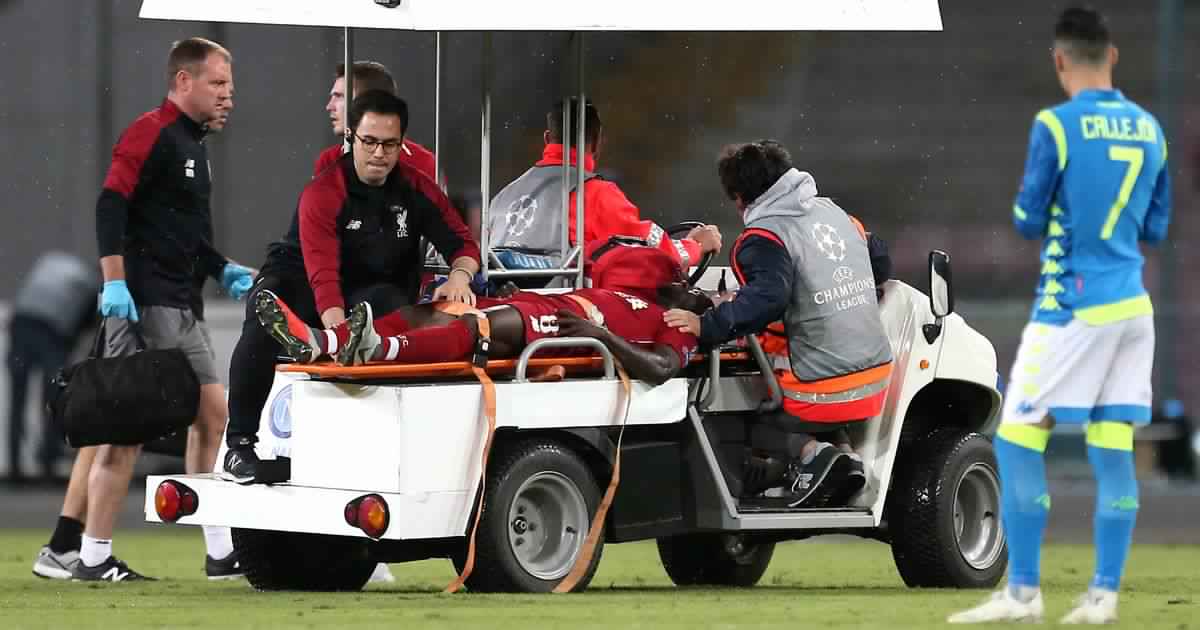 A club statement read: “Liverpool Football Club can confirm Naby Keita was taken to hospital in Naples on Wednesday evening during the first half of the Champions League fixture with SSC Napoli.

“The midfielder started the game at the Stadio San Paolo, but was substituted inside the opening 20 minutes and replaced by Jordan Henderson after alerting the team’s medical staff to back pain.

“Keita was transferred to a local hospital with the club doctor, where – with the midfielder’s agreement – he underwent a number of precautionary health checks to assess his condition.

“No decision has yet been taken on when the 23-year-old will be discharged.

“Liverpool are scheduled to remain in Italy until Thursday morning before flying back to England.”

Ben Dinnery, an injury data analyst, predicted Keita will sit out the Premier League clash with Manchester City on Sunday.

“A serious doubt for Sunday… Highly unlikely to face City IMO [in my opinion],” Dinnery wrote on Twitter.

Klopp on the injury to Naby Keita: “I don’t know at the moment. We have to wait.” #LFC